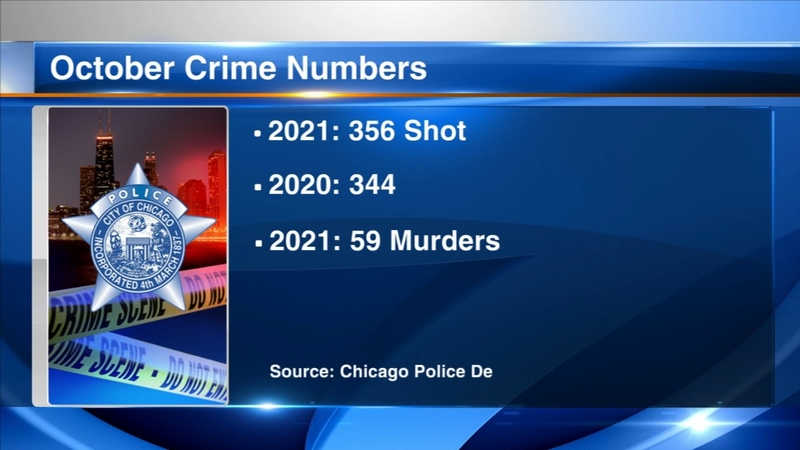 Shootings up from Oct. last year; murders down: Chicago police

Year-to-date, 3,766 people have been shot in Chicago. That's 323 more shooting victims than last year at this time.

"The emotional pain that victims and families of gun violence feel will never fully heal, but we can at the very least bring a measure of closure to those who have been hurt by these senseless actions," Chicago police Superintendent David Brown said in a statement. "We are continuing to work with the community to bring those responsible for this violence to justice."

The city has recorded historic lows in burglaries and robberies so far this year, Chicago police said.