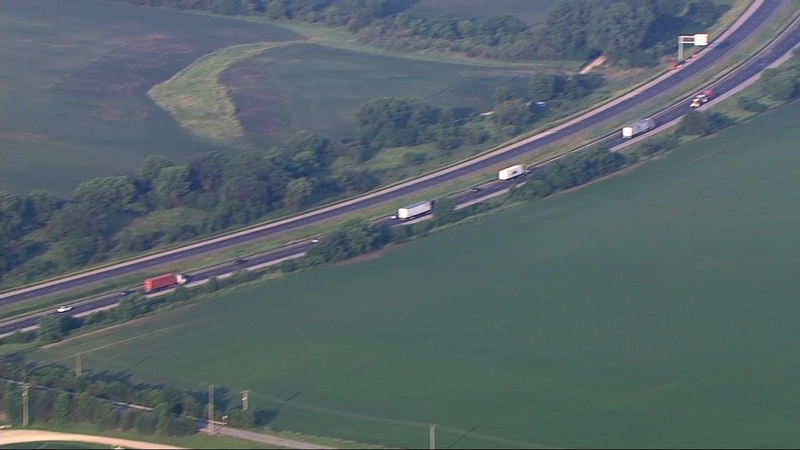 A crash occurred about 4:10 a.m. near Ridge Road. One truck crashed traveling east, and the other traveling west, police said.

WATCH: Rolled over truck blocking traffic on I-80 near Channahon

A semitrailer rolled over on I-80 early Thursday morning, spilling vegetables across the highway.

Both trucks could be seen on their sides after the incident.

One of the trucks spilled a large amount of what appeared to be produce on the highway near Channahon.

One person was transported to a local hospital with non-life threatening injuries, police said.

Traffic appeared to be backed up for miles during the morning commute.