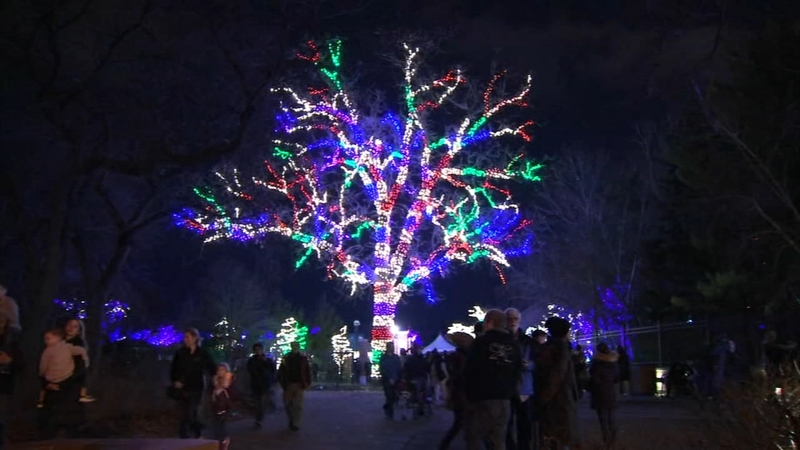 CHICAGO (WLS) -- Is it a flashback to Summertime Chi? Not quite, but it's still pretty warm to be Christmastime in Chicago.

The city saw a record high temperature of 56 degrees around midnight for the warmest Dec.26 ever in Chicago.

The previous record was set at 55 degrees back in 1971. And the temperatures kept climbing to the 60s.

"This is the warmest I can ever remember," said resident Gail Robinson.

"This is unbelievable," said resident Zach Kaplan. "This is, like, 55 degrees outside and we're walking around without jackets."

Were it not for the annual illuminated scene at Lincoln Park Zoo, you'd be forgiven for mistaking December for April.

"It was kind of fun," said Carrie Ott. "It was super crowded. People are still in the Christmas spirit, so we'll take that."

"This weather is better for me," said Sandra Monroy. "I'm able to enjoy it more than being inside and knowing you have to bundle up; scarf, hat, double ply socks, boots..."

Whether out trying to catch post-Christmas holiday deals or trying to hit up the Millennium Park ice rink, Chicagoans seemed taken aback by the weather.

"Hopefully it's not too slushy," said Morgan Sallese, who was hoping to ice skate. "Yeah, that's not going to end well. Not the best skater to begin with, so we'll see how it works out.

"Every nice day we have is one less bad day, so I'll gladly take it," resident Mike Sotir said.
RELATED: Dec. 26 expected to be worst day for holiday travel:AAA

"I think I'm actually going to crack the windows when I get home," said Chicagoan Sandy Medej.

The average high for this time of year is about 32 degrees, which means today's temperatures were nearly 30 degrees above average.

"It's a pleasant surprise, let's just say that" said Michael Kanik, resident. "It wasn't a white Christmas, but you can't beat this kind of weather in Chicago. It feels like spring."