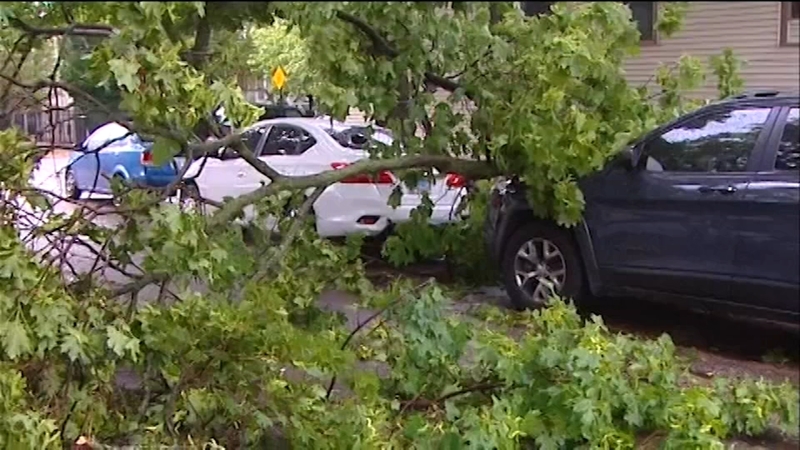 The threat into the afternoon is mainly along and south of Interstate 80, ABC 7 Chicago meteorologist Cheryl Scott said.

Storms began crossing the Wisconsin state line about 4 a.m. Friday, and it appeared to be quite the light show in Lake and McHenry counties. The storms progressed across the area and moved through Chicago by about 8 a.m., ABC 7 Chicago meteorologist Tracy Butler said.

A Severe Thunderstorm Watch was issued for Lake Geneva, Walworth and Kenosha Counties in Wisconsin until 4 a.m.

Winds between 40 and 50 mph were recorded in the Chicago suburbs, Butler said.

Over 17,000 people were without power at about 6 a.m., as the storms swept through, ComEd said.