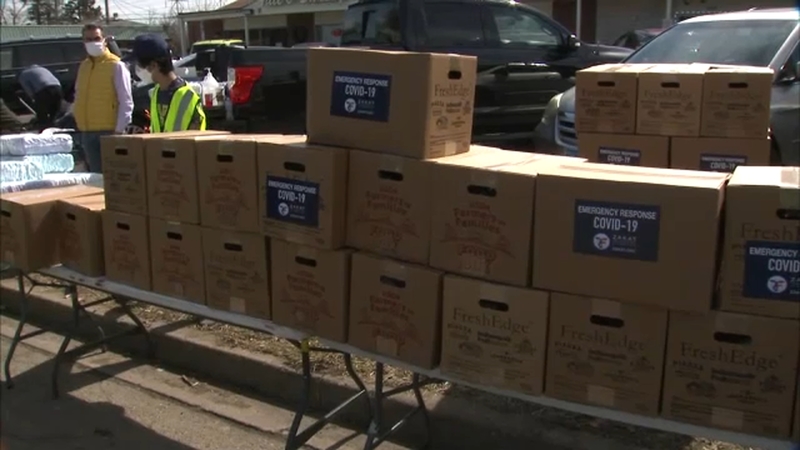 WAUKEGAN, Ill. (WLS) -- A new effort is helping mothers in need Saturday in honor of a murder victim.

Marlen Ochoa Lopez was killed in 2019 when she went to a home on Chicago's south side thinking she was going to pick up free baby clothes. Instead, she was murdered and her unborn child was removed from her womb. The baby later died.

Free diapers and wipes were handed out in Waukegan to mothers in need in honor of Ochoa Lopez in hopes of helping keep them safe.

Organizers said they were planting a seed of kindness.

The Lopez family hopes to do this type of giveaway three times a year.

The three people charged in connection to the death of Ochoa Lopez and her son, Clarissa Figueroa, Desiree Figueroa and Piotr Bobak, are all due in court on Thursday.