Woman struck by falling concrete in Wicker Park must re-learn how to read, write

Some concrete chunks falling from building 'were as large as couch cushions,' attorney says
WLS
By Ravi Baichwal 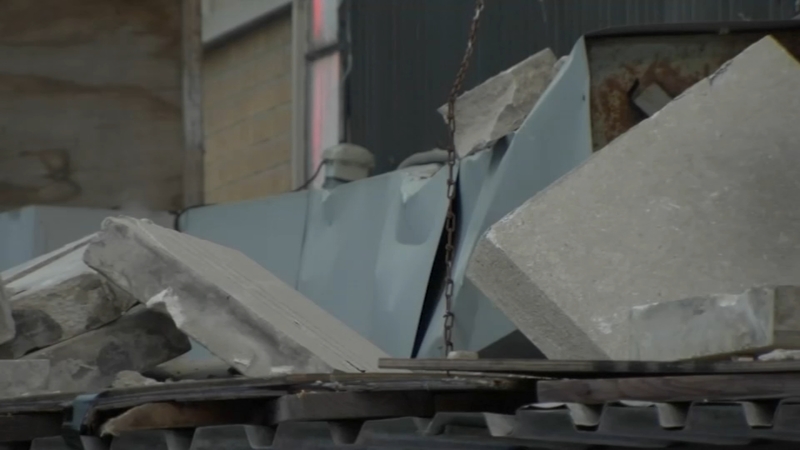 Woman struck by falling concrete on NW Side to re-learn to read, write

CHICAGO (WLS) -- This summer was supposed to be a period of growth and discovery for 22-year-old soon-to-be-graduating Annie Shea Wheeler.

Instead, she'll spend it re-learning to read and write back home in Michigan, which she said is not ideal.

"This part of my life is monumental and I don't really know where to go from here, honestly," Wheeler said. "It is really, really sad."

Falling concrete from the facade of a vacant building at 1227 North Milwaukee Avenue smashed her skull on April 6 as she was walking home. The Columbia College fine arts student remembers only waking up in the street.

"Opening my eyes on the ground and seeing my roommate, who happens to be across the street and was so amazingly helpful," Wheeler recalled.

Emergency surgery at Stroger Hospital saved her, but the aspiring print-maker endured time on a ventilator and subsequent operations. In addition to a skull fracture, Wheeler suffered a brain bleed and continues to have a spinal fluid leak. The extent of a brain injury, beyond the concussion she has now, is undetermined. She will be discharged in a few days.

"Going forward is going to be very slow and tedious which is kind of frustrating," Wheeler said. "I am a very ambitious person."

She's suing the property owner and the scaffolding company involved in the accident.

The hazard had been flagged by the city after an anonymous 311 call in late March. But the owner of the building, Virgin Future Properties LLC Series 5, did not respond, forcing the city to go to court to get work done. It was too late for Annie, who is suing the company.

"We can tell you a number of pieces of concrete were falling from the building's second story to the street," said Attorney Bruno R. Marasso. "Some of those chunks were as large as couch cushions and certainly large enough to cause very serious personal injury."

ABC7 was unable to contact Virgin Future Properties for comment. An executive at Chicago Scaffolding Inc., also named in the lawsuit, said by phone they were conferring with their lawyers, but expressed sympathy for Wheeler. She said she is in constant pain.