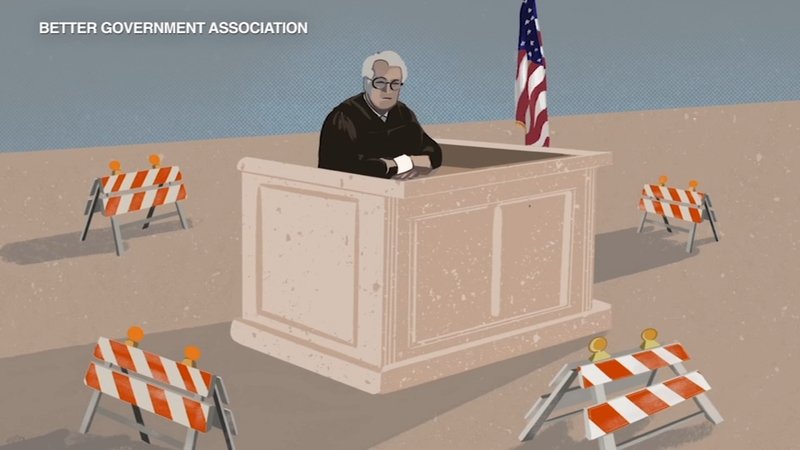 Casey Toner from the BGA joined ABC 7 Chicago Saturday to talk about the project, dubbed The Circuit.

DataMade wrote a program that copied the entire Cook County Courts database, enabling the team to analyze decades of data on every single event that occurred in every single criminal case going back to 2000.

This project allowed the team to look at millions of cases at once and do aggregate analysis. Two stories and a data visualization are already published, but that is only the first step, Toner said.

The visualization shows how criminal charges have changed over time. Murder charges, for example, have dropped by half since 2000, a result of both falling crime rates and falling clearance rates for homicides within the Chicago Police Department, Toner said.

The data was also used to tell the story of Judge James Linn, who is now handling the Jussie Smollett case.

Prosecutors removed him from all future sex cases nine years ago after he reversed a jury verdict in a sexual assault case, Toner said. He went from having the most bench trials for sex crime cases to having none at all, after the decision from the state's attorney's office.

This is a story, in part, about prosecutors shaping the outcomes of criminal cases.

The Circuit was created in collaboration with Injustice Watch, the Chicago Reporter and DataMade.