Two people were seriously injured when a car slammed into a garage and then crashed into the 2nd floor of a home in Crystal Lake Wednesday.

CRYSTAL LAKE, Ill. (WLS) -- At least two people were injured when a car crashed into a house in west suburban Crystal Lake.

Neighbors said that a blue SUV slammed into and then through the home's garage before becoming airborne and crashing into the second floor of the home.

Crystal Lake police said the SUV had been traveling eastbound on Ballard Road and continued through the intersection with Briarwood Road before running off the roadway and into the garage and home on Heather Drive for unknown reasons.

"We heard an extremely loud something. We didn't know if it was a crash, or an explosion, something," said Danielle Leschuk, neighbor, who was having dinner at a friend's house when the crash occurred. "So we came out and started to walk over this way and eventually saw that a car had flown through this stop sign, through the garage, and airborne into the second story of this house into the bathroom where the person that lives there was taking a shower."

"It was absolutely horrific, it was not what we were expecting. We thought maybe just a small crash but to know there's somebody stuck and there's nothing you can do is heartbreaking," Leschuck said.

No further details about the two injured people have been released.

A dark colored SUV was also in the driveway of the home, and appeared to be largely undamaged, but it was not immediately clear who that car belonged to.

An investigation by Crystal Lake police is ongoing. 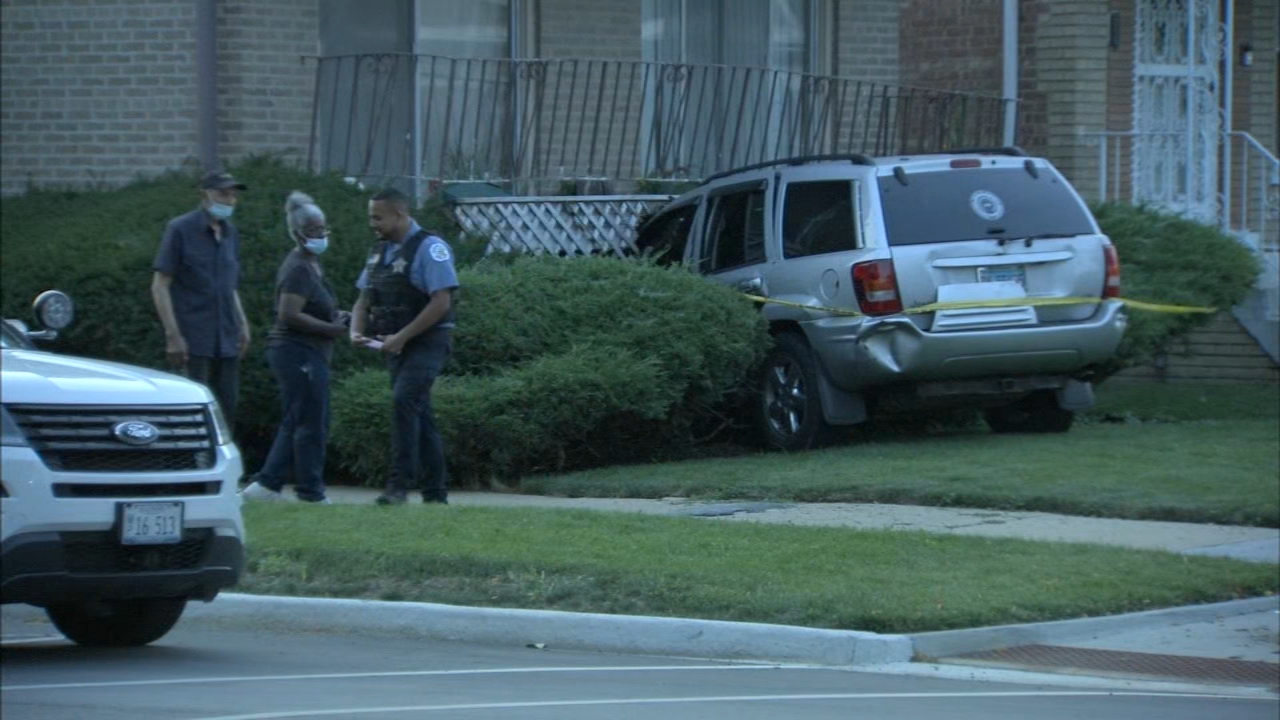