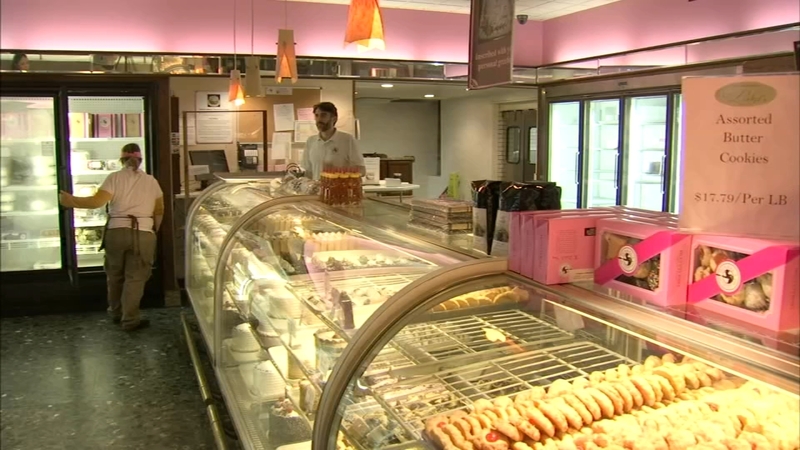 CHICAGO (WLS) -- Dinkel's Bakery is closing at the end of April after 100 years in business in the city's Lakeview neighborhood.

The store's general manager confirmed the beloved North Side bakery will close on April 30.

"I've always reveled in what it does to someone when they walk in the door here," said Luke Carl, general manager. "The smiles it puts on their face to walk in and smell the smells of the cakes or cookies or donuts."

The bakery is a neighborhood institution and go-to for generations of Chicago families. The bakery is famous for its stollen and specializes in other sweet and savory German baked goods, including bread. It also puts out thousands of paczki every year.

"It's so heartbreaking because it's such an institution," said regular customer Annie Allred.

And it's heartbreak felt on both sides of the counter. But with the building in need of repairs, changing sales models and declining profits, the Dinkel family had to make a tough decision.

"It has not been an easy process of considering something like this," Carl said. "There's a lot of history here and a lot of people's lives are impacted."

"Today has been overwhelming in part because I've been answering the phone for hours now and people just call to tell me their stories," said Joan Elias, longtime employee.
Dinkel's was opened by German immigrant Joseph K. Dinkel and his wife Antonie in 1922. As their popularity grew, they expanded to the current Lincoln Avenue location in 1932. The business has been passed down four generations to its current ownership.

For Elias, forgetting this bakery and the people she's served is next to impossible. Her mind is chock full of birthdates and anniversaries. She took an order from a longtime customer Tuesday she's not likely to forget either.