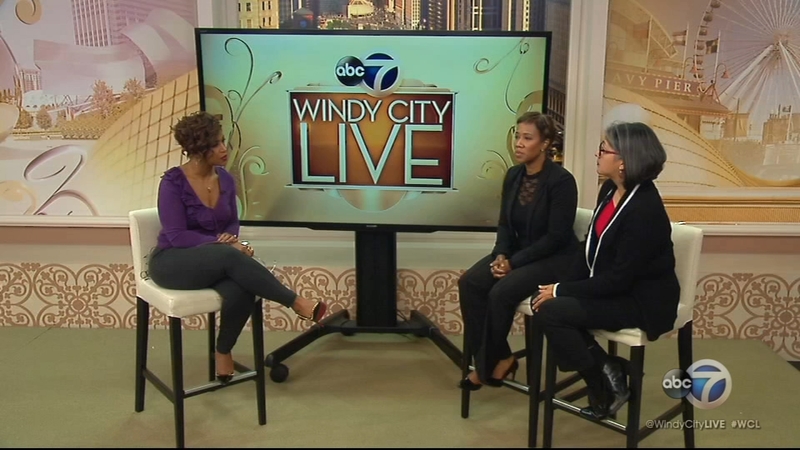 EMBED <>More Videos
October is Domestic Violence Awareness Month. Every minute twenty people are physically abused at the hands of a loved one. One in four women and nearly one in seven men in the United States have experienced severe physical violence by an intimate partner at some point in their lifetime. Roughly 50% of these cases go unreported.

Every 98 seconds, a person is sexually assaulted. In the United States alone, one in three women experience some sort of sexual violence. One in five women will be raped in their lifetime and one in seventy-one men. Rape is the most under-reported crime and 68% of sexual assaults are never reported to the police. It's estimated that 98% of rapists will never spend a day in jail.

Erin Walton, Executive Director of Resilience, formerly "Rape Victim Advocates" and Carmen Gonzalez, Vice President of Evaluation and Domestic Violence at Mujeres Latinas en Acción joined us to discuss sexual and domestic violence. Sexual violence and domestic violence are often connected and certainly related but the focus of each is different. For Domestic Violence Awareness month, Mujeres is raising their voice to bring the issues facing survivors of domestic violence out of the shadows in order to gain more supporters in the cause of ending domestic violence. All month long there have been events for domestic violence awareness. It is important that awareness is raised in high schools as dating violence is very prevalent among teens. It is very critical to begin addressing our youth. The younger we inform our children, the more likely we are to interrupt the cycle.

Mujeres is a bilingual/bicultural agency empowering Latinas by providing services which reflect their values and culture and the longest standing incorporated Latina organization in the nation. Mujeres' Domestic Violence Program works to eliminate domestic violence and assists survivors to break the cycle of abuse in their families and in their lives. It provides comprehensive services to survivors and victims of domestic violence, from information and referrals to crisis intervention, legal advocacy, individual and group counseling and access to their 24 hour crisis hotline.

Both Resilience and Mujeres offer treatment programs for survivors that can be found on their websites below.