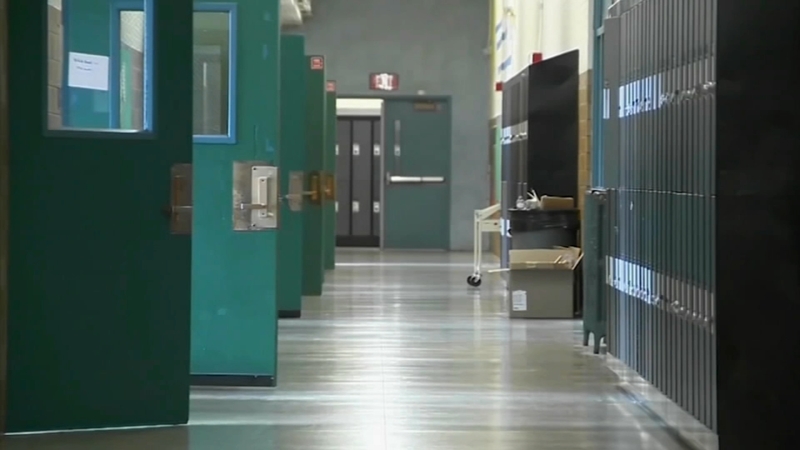 CPS sets date for HS students to return to classrooms; CTU pushes back

CHICAGO (WLS) -- Chicago Public Schools announced that it has set a target date for high schoolers to return to in-person learning for the start of the system's fourth quarter, but the teachers union said there's not a deal yet.

In a statement Tuesday, the Chicago Teachers Union said there is no agreement, claiming the district put out information preemptively.

CPS hopes to have high schoolers back to in-person learning through a hybrid schedule by April 19.

RELATED: CPS 6th through 8th grade students return to in-person learning
However, the target date will depend upon a joint agreement between the district and CTU.

In a statement, CTU said, in part: "We have no agreement on returning to in-person learning in high schools on any date, nor will there be an agreement until we know our school buildings can reopen safely."

The union also said CPS continues to fail to provide timely, up-to-date COVID data to both the CTU and the public.

The district plans to host a high school town hall meeting at 5 p.m. Wednesday for anyone who may have questions or concerns about the reopening.

"It feels like, you know they want us in classrooms like ASAP but I feel like that's, that kind of like sense of urgency is troubling," said Luz Mayancela, a CPS high school senior. "We could have a successful remote learning plan, but it looks like CPS does not view remote learning as an option anymore."

Earlier Wednesday, the Chicago Principals and Administrators Association held a news conference about existing in-person conditions so far. A CPAA survey of nearly 200 schools found there was not enough staffing to accommodate students' needs.

"They did not have the staff to make this either safe or instructionally sound," , CPAA President Troy LaRaviere said.

CPAA's survey also found current CPS in-person learning conditions have had a negative impact most on Black and Brown communities.

"This is what you get when you don't listen to the people who have to implement the policy that you want to see implemented, this kind of systemic racism disparity," LaRaviere said.

Both CPAA and high school students who spoke with ABC7 said that going forward, as key stakeholders, they need a voice at the decision-making table.

CPS officials announced Wednesday that all employees, as well as vendors who regularly work in schools - more than 52,000 people - have been offered the opportunity to sign up for vaccination at CPS sites.

"With vaccination appointments now available to all CPS employees, we will be able to not only enhance our ongoing, in-person learning mitigation strategies, but make even more progress in our citywide goal of fully reopening and recovering from the pandemic," Mayor Lori Lightfoot said.

With vaccine access improving, the district is launching a campaign to encourage all CPS employees to get vaccinated, whether through the CPS sites, pharmacies, doctors offices or government sites. Wednesday's announcement comes one year after all schools in the state of Illinois suspended in-person learning due to the COVID-19 pandemic.

While the district only has a partial picture of who has received the vaccine outside of CPS sites, the data, which draw from CPS vaccination sites and survey reports, show that 14,000 CPS employees have gotten at least one dose of the vaccine. Given the survey response rate, the total number of vaccinated staff is assumed to be significantly higher than the reported number at this time, CPS said. While not a complete picture, using the data available, at least 30% of CPS employees have received at least one vaccine shot as of Monday.
Report a correction or typo
Related topics:
educationchicagoloophigh schoollori lightfootcoronavirus chicagochicago public schoolschicago teachers unionreopening illinois
Copyright © 2021 WLS-TV. All Rights Reserved.
CHICAGO PUBLIC SCHOOLS 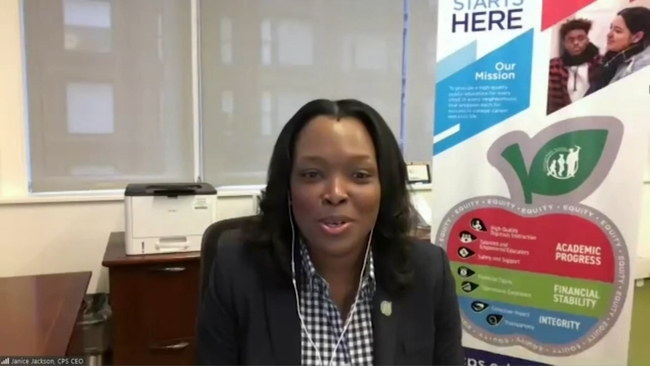 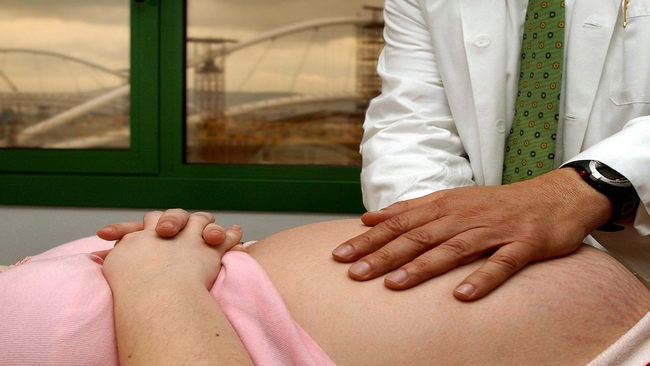