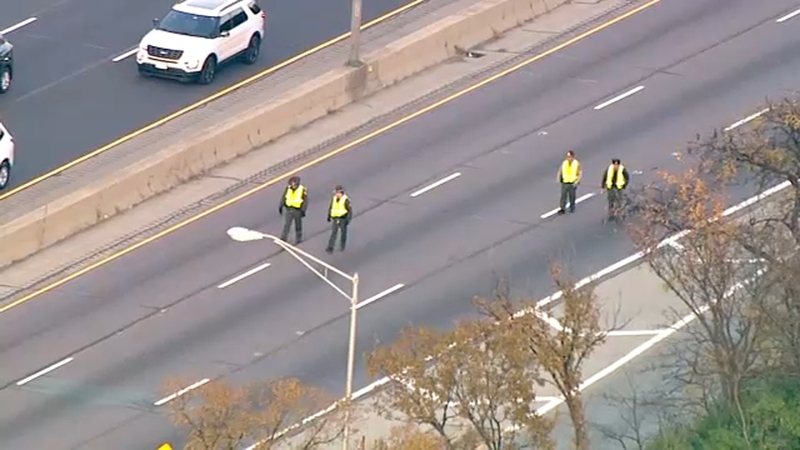 BROADVIEW, Ill. (WLS) -- All lanes of the inbound Eisenhower Expressway were shut down as police investigated a shooting near Broadview Thursday afternoon.

Illinois State Police said one person was shot around 2:30 p.m. on eastbound I-290 between Des Plaines and Harlem avenues.

The victim was taken to an area hospital with non-life-threatening injuries, state police said.

SEE ALSO | Expressway shooting reported on I-57 near Posen; inbound traffic backed up for miles

All inbound lanes were shut down near Des Plaines Ave. just after 5 p.m. to investigate the expressway shooting, state police said. The lanes were reopend shortly before 6 p.m.

Troopers were seen searching for shell casings along the Ike near 17th Avenue.