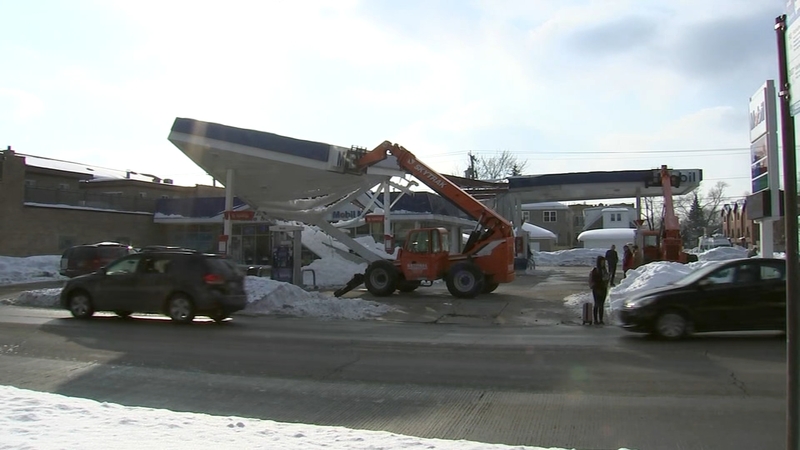 The collapse happened at a Mobil gas station in the 2100-block of Harlem Avenue. The canopy is the kind that overhangs the gas pumps.

RELATED: 3rd building collapses on South Side after snow; 6 in Chicago so far in February

The village inspector said the pressure of mounting snow and perhaps a slow thaw from a bit of daytme sun buckled support beams and crumpled the overhang, crushing cars as it collapsed.

"I get gas here all the time. I'm hoping nobody got hurt," said Bernie Center, who lives nearby.

The woman in one of the trapped cars, a black SUV, said she heard cracking just before a beam gave way, crashing through her back windshield. She said she escaped through her passenger door.

The canopy will have to be disassembled and removed in order to free the cars. The gas station is not open for business in the wake of the collapse.
RELATED: Lakeview condo garage roof collapse at least 5th such occurrence in Chicago this week amid heavy snow

There have been at least half a dozen roof and building collapses in the past couple weeks due to the heavy snow.