WLS
By Liz Nagy and ABC7 Chicago Digital Team
CHICAGO (WLS) -- One man was killed and another was injured after an awning collapsed over a driveway Wednesday at an off-track betting site in Pullman on the Far South Side.

Firefighters furiously shoveled snow as fast as they could and simultaneously scrambled to saw through the collapsed canopy at Club Hawthorne Chicago, 11203 Corliss Avenue.

"The canopy had approximately a foot and a half of snow that accumulated on top," said Jamar Sullivan, Chicago Fire Dept. District Chief of Special Operations.

Rescuers were desperate to get to a man trapped underneath metal, wood and heavy snow. They pulled a man out from underneath the snow-covered canopy just before 5 p.m. Wednesday.

The 54-year-old man was rushed to Advocate Christ Medical Center in "very critical" condition, where fire officials said he died a short time later. He was identified by his family as Randy Pate.

RELATED: How much snow can a roof hold?

"I just got a phone call that my nephew was at the race track and he was in bad shape and that's all I know," said Leslie Murdoch, the victim's uncle.

"We were supposed to see each other. I was on my way up there," said Marnell, a friend of the victim. "I know they say we all gotta go sometime, but him leaving this early? Uh uh. No, no. No way, no how."

Pate's family and friends raced to the place they say he loved, but he had been stuck for too long. He didn't survive the trip to the hospital. His loved ones said he should never have gone this way.

"A structure like that where there's that much snow that's laid on top of it, it's really not designed like that for an extended period of time," Sullivan said.

A second person, a 59-year-old man, was also injured and is in fair-to-serious condition.

The awning collapsed on the rear of the building, fire officials said. The main building was not impacted.

Several roofs have collapsed under the weight of the heavy snowfall over the past few days.

After multiple roofs collapsed Tuesday on the South Side, fire officials warned that the troubles would continue, saying "we can expect more roof failures with the heavy snow load and sub freezing temperatures," noting that most of the buildings affected were about 100 years old. 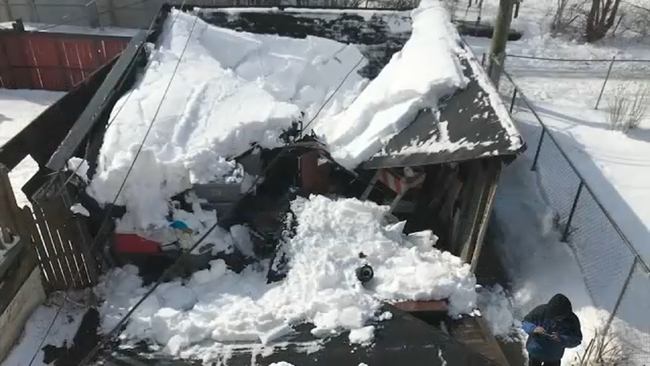 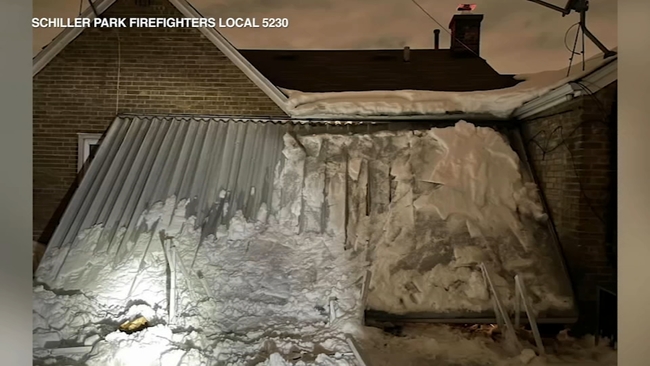 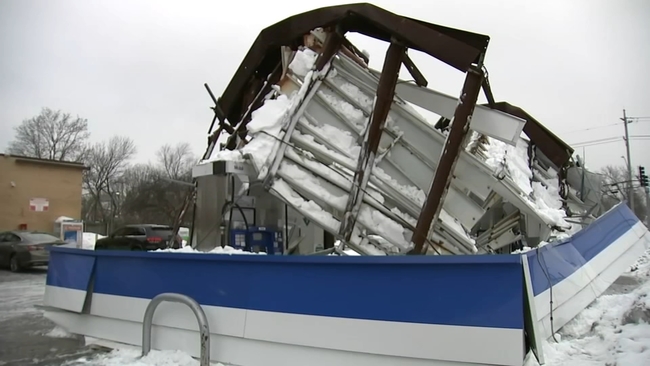 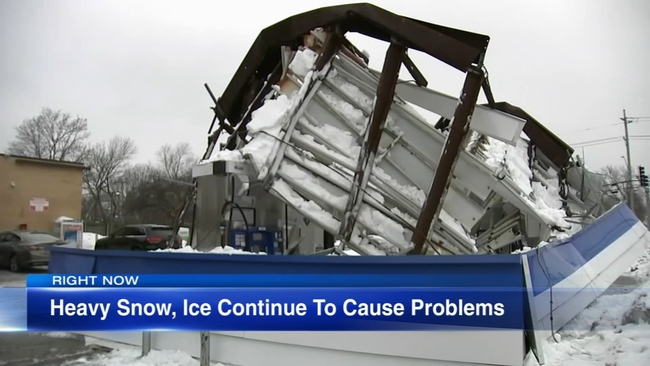