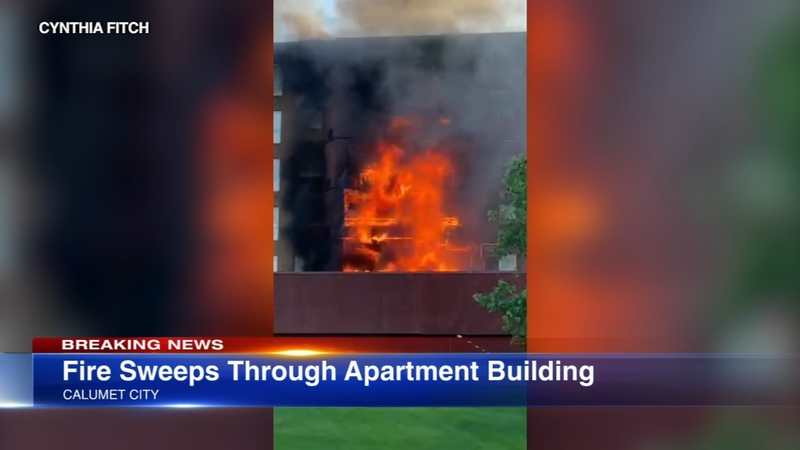 CALUMET CITY, Ill. (WLS) -- Multiple people were rescued from a fire on the fifth floor of a Calumet City apartment building Monday night.

The fire happened in a building in the 200-block of Park Avenue. A spokesman for Calumet City said no injuries were reported, but several people were rescued from an upper floor of the building.

The entire building has been evacuated. What caused the fire was not immediately known and remains under investigation.

Video of the fire shows it appear to engulf several floors of the building, but officials have not yet released any details about how much structural damage there is.