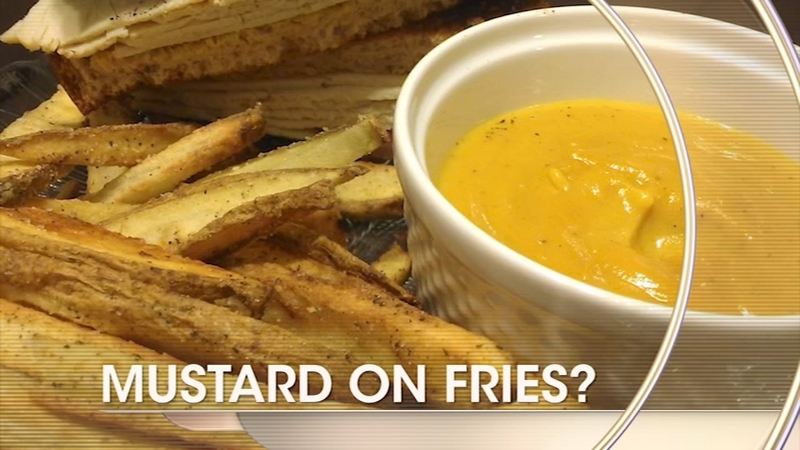 CHICAGO (WLS) -- This week on Windy City Weekend, Richard Roeper, joined Val and Ryan to talk about which condiment is paired the best with fries. Plus, have you lost a sock? Or 756? According to a new study, that's how many socks we would use in a lifetime!

VitaLife is a weight loss company that has helped countless people lose 40 pounds in 40 days.

This week, Val shared how she slimmed down for her wedding. The secret? VitaLife! VitaLife is a weight loss company that has helped countless people lose 40 pounds in 40 days. Founder of VitaLife, David Jaspers, is putting Val on track for another weight loss mission: her birthday! VitaLife uses a galvanic skin response technology that allows the body to communicate its needs without any guessing. The weight loss company takes a hormonal fingerprint to determine the exact blueprint a person needs to bring their body into an optimal state of fat burning or health. VitaLife is giving Windy City Weekend viewers a special offer to try this transformational tool! You can now purchase an assessment for just $27 that's valued at $150!

Jumping the Broom is a tradition often performed at weddings between two Black people.

The Chicago couple, Arthur Haynes and Loren Jones, tied the knot in 2019. Haynes said the decision of "Jumping the Broom" at their wedding was a no-brainer.

Jumping the Broom is a tradition often performed at weddings between two Black people. After the couple exchange vows, the newlyweds jump over a decorated broom.

"During slavery, we could not get married. We weren't allowed to get married," said Kia Marie, a wedding planner. "So Jumping the Broom sealed the deal."


Historians say jumping the broom gained renewed popularity after 1977, once many saw the ritual performed in the groundbreaking miniseries, Roots.
Common belief is that this was an African tradition, introduced in the U.S post the transatlantic slave trade. However, according to African American Studies professor at Emory University, Dr. Dianne Stewart, that belief is inaccurate and has been romanticized.

"We have overriding evidence that this tradition originates in Europe, and particularly the British Isles. About a third or a little less than a third actually mentioned 'Jumping the Broom,'" Stewart said.

Director of Education and Programs at DuSable Museum, Kim Dulaney, disagrees said that although there's limited records of the African tradition, that doesn't mean we should use European history as a default fact.

"Our history was stolen and a lot of things that are attributed to Greek philosophers and everybody else, it actually originated in Africa," Dulaney said. "I would never say out of my mouth that it originated in Europe, because I don't know that to be fact."

Regardless of where this tradition originated, Black Americans perform this ritual to honor and connect with their ancestors.

"Jumping the Broom, for many people, is a way of bringing their ancestors into the room into the sacred wedding ceremony and say, I see you, I acknowledge you, I honor you," said Stewart.

Cyrano - SPEND
Game of Thrones star, Peter Dinklage, is the main character in Cyrano, a musical about a wordsmith who helps another man write love letters to his crush.