Chicago cracks down on nutrition clubs, many selling Herbalife 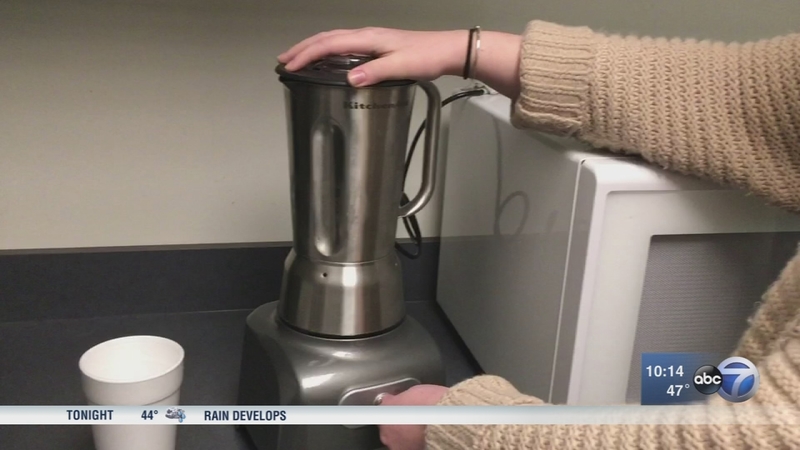 Chicago cracks down on nutrition clubs, many selling Herbalife

Chicago officials are cracking down on popular "nutrition clubs" after an I-Team investigation started looking into the growing trend.

A hidden camera into some of these clubs revealed what was beyond the full-speed blenders making shakes and the supplements for sale.

The I-Team discovered that some of these nutrition clubs are unlicensed and unregulated while serving various brands of shakes and supplements. And there are questions surrounding others.

Aguyo said she worked at a nutrition club in Chicago's West Lawn neighborhood which the city said never had a license and is now believed to be closed. Aguyo said the independent owner of the club told her to show customers a handout suggesting that some of the Herbalife supplements could be used to treat diseases.

Herbalife said their distributors are "prohibited from" making health claims "that link" their "products to the cure or treatment of a disease" and that the brochure is not from them, adding that "Herbalife nutrition clubs are run by individual small business owners who receive training and support."

After the I-Team inquired, Herbalife acknowledged that 38 in Chicago are unlicensed. They said that they've been suspended and the company has stopped supplying those clubs with product.

However, the I-Team found an unlicensed Herbalife club in the 4200-block of South Archer Avenue.

Any business that serves shakes has to have a food retail license and is required to pass inspections through the city of Chicago health department. The following is an exchange with a woman at a nutrition club.

Jason Knowles: Do you have a business license?
Woman: Yeah
Knowles: Can you show it to us?

Woman: I'm busy now. Can you come later? Do you want to come in one hour, please? I'm busy.

The I-Team returned an hour later and they were closed.

Another nutrition club in the 1900-block of 21st Street sells Shaklee's products.

The owner said he would talk to the I-Team but then didn't show up for the interview.

Sherri Cianciarulo, BACP deputy commissioner, visited the Shaklee location and said: "This location engages in fitness classes and they serve nutrition shakes to their customers."

That Shaklee and the club selling Herbalife on Archer Avenue were cited for not having the proper licenses.

An I-Team hidden camera recently entered a nutrition club on Kedzie and 25th Street. A green curtain on the outside and inside it's full of customers drinking Herbalife shakes.

The I-Team went back with BACP investigators as they issued a citation for not having a retail food license.

Jason Knowles: We just want to find out if the public is safe drinking these shakes?
Employee: You can talk to my company.

Ald. Gilbert Villegas (36th Ward) and two chamber of commerce leaders in Little Village and South Chicago support an ordinance to increase regulations. It would make nutrition clubs a special category of business to be monitored.

"We want to make sure that if they require inspections, that they're having inspections conducted," Villegas said.

However, Ald. Ricardo Munoz and Herbalife said more than 150 Herbalife clubs in the city are licensed and that more regulation is not needed.

"The next thing you know, you're going to want to be regulating and licensing the girl scout cookies vendors," Munoz said.

Herbalife asked Ald. Munoz to talk on camera on its behalf. The I-Team showed him our footage of unlicensed nutrition clubs.

"Well, there are all kinds of rogue operators in every industry and I know Herbalife does a really good job in basically training their vendors, for lack of a better word, to adhere to the city rules," Munoz said.

When asked about an unlicensed club, Munoz said: "Well, then they should be put out of business. That's the bottom line"

Herbalife said its clubs are run by independent owners who are trained to comply with local laws. Those owners are subjected to corrective actions, based on any type of complaints, including suspending their Herbalife products.