'It will never be normal': Uptown Highland Park reopens to public as community continues to heal

A moment of silence will take place at the site of the deadly attack at 10:14 am. Monday

The people of Highland Park are getting their community back Sunday in another step to a long road to recovery.

HIGHLAND PARK (WLS) -- The tributes have been ongoing and it has been a long emotional week for so many after the deadly July 4 Highland Park parade shooting.

The people of Highland Park are getting their community back Sunday in another step to a long road to recovery.

After a week of investigation and businesses shutting their doors, Uptown Highland Park is back open again after the barricades were lifted near 2nd Street and Central Avenue.

While some businesses opened, the day wasn't a day shopping. Instead, many people coming out to reflect on the tragedy that looms over this city as community members work on healing.

"The feeling of security and safety that has been totally removed from Highland Park was a real loss. The loss of life, horrendous, horrific. My heart breaks for these people," said Dale Miller, a Highland Park resident.

The entire Uptown area is now a symbol of just how resilient this community is, with memorials honoring the victims and art demanding an end to gun violence.

A new memorial quickly sprouted up in the center of Port Clinton Square, where so many of the victims of Monday's massacre fell.

"I came back to try and retrieve -- my two year old lost a shoe in the scramble. Obviously, a shoe is a small thing in the grander scheme of things. But symbolically, going back to the scene, we were so close to it. It was so loud. The panic, I'll never forget," said fellow Highland Park resident, Joe Leslie.

It feels, in a very real sense, like group therapy.

With people, many who were here on Monday, drawn back to the site and to each other in an attempt to come to terms with what they've been going through this past week.

"I'm definitely experiencing some moments of PTSD. Each day, the thing that I remember is something different. Strangely, being here does give me a little bit of a sense of peace," said Highland Park resident, Ellen Doppelt.

Signs reading Highland Park Strong now stand in lieu of the flags that had been placed for the parade along Central Avenue. Despite the large number of people present, most businesses in the area remain closed.

One that did open is Gearheads, the shop from whose rooftop, Robert Crimo the III is alleged to have taken aim at the crowd below.

Still, many say things will never be back to normal.

Sensing that -- for now -- normal is probably too much to ask for, volunteers from Lutheran Church Charities in Port Clinton Square hope three golden retrievers, Issaiah, Jael, and Caleb, can provide some comfort to many desperate for just that.

"We knew we would want to be here for the people who were coming back to the site of the scene, just to have that calmness," said Bonnie Fear with Lutheran Church Charities. "We've seen them come in distress and by the time they leave petting a dog, you can even see how their blood pressure has dropped. They leave with a smile, just a calmness they didn't have before they met the dog."

Like countless others gathering in the city's Uptown area Sunday, Doppelt said she was there with her family on July 4. The what ifs are still going through her head.

"I thought, for sure, we were going to walk west. And he turned to the east and I followed him," Doppelt said. "It was on the tip of my tongue to say, 'No let's go this way.' Had we gone that way, I know where we would have been standing."

For some of those who still want to call Highland Park home, re-claiming peace through healing isn't enough. They want change.

"You want to make sure that you have a presence; that you are not always sheltering and hiding; that we will come together and that we can try to make change," said Mark Schnitzer, a Highland Park resident.

The community saw more of those calls for change Saturday as hundreds rallied.

People even came in from neighboring towns to say, enough is enough.

"We cannot become numb to this. We have to keep fighting," said Pat Callahan a Western Springs resident.

She said healing is a community effort.

"We will be able to reclaim it as this place, where we can all be together and be happy and heal together and just support one another," she said.

It's a big first step for the community Sunday as they attempt to move on together, while also demanding changes to this country's gun laws.

So many are hoping something good can come from this tragedy.

A group of teens and local educators in Highland Park are making the most of a difficult situation.

"We are a resource, whether it's just the food items, whether it's helping them with other situations, family problems, whatever it is, we are their support system," said Jagger Barnes, a student volunteer.

When the pandemic struck, this volunteer group sprang into action to feed families in need, gathering donations to serve nearly 19,000 bags of groceries locally since May of 2020.

That was taken to another level this week with the Fourth of July shooting. The group immediately did what they do best - helping others.

Dozens of Highland Park families will get three bags of goods. It is a critical need with some people in those families not able to work after Uptown Highland Park shut down for a week during the investigation.

"Everyone is suffering in their own ways and I think the only way to get through and get better over time is to support each other," said Sarah Miller, a fellow student volunteer.

The volunteer group is doing everything it can to help with this tragedy. Other than the food, they are also raising thousands of dollars through "Highland Park Strong" shirts that will directly help the victims of this shooting.

It's yet another example of this community's resilience.

"These shirts were a response, like, what can we do? How can we take action? And it's important to support our community members," Jagger said.

The group also taking time together to soak in the grief, holding a moment of silence and a rose for each of the seven victims killed in last Monday's shooting as everyone holds onto a sense of unity.

"Everyone's been so supportive, and we just try and support as best as we can because I don't know -- I kind of went from like the highest of highs to the lowest of lows and so we're doing our best," Miller said.

Despite being just six days out from the tragedy, emotions are still raw.

Community members are continuing their efforts to support anyone who might need it.

Dozens of people, with their heads bowed in prayer, gathered at Glencoe Union Church.

"Everyone feels this and will continue to feel it in different varieties and ways. And so, we're trying to find all kinds of outreach possibilities for people," said Rev. Dr. Barbara Javore, president of Glencoe Clergy Association.

Multiple interfaith community groups joined together to honor the victims of Monday's mass shooting, welcoming people in to the great lawn area to help them along a very traumatic road of healing.

"It gives you comfort to know that, despite what your religion is, that you can come together on just a human scale. Something very horrific happened close to us, and we want to support each other, pray together," said Susan Richmond.

Comfort dogs were also on hand at Sunday's prayer vigil.

"We are very blessed with the resources for that, and because of that, I think, that will help us as we go forward," Dr. Javore said.

Organizers at the church said they also have grief counselors available for anyone who needs it.

"I see it as a terrible rind in a beautiful fabric, and what has to be done is careful mending. And, it will take time. It will never disappear. We will know where the rind was, but it's how we see it back together that's going to make all the difference," Dr. Javore added.

The community will also come together for another vigil planned for 7:30 p.m. just blocks away from the scene in Highland Park.

At 4:00 p.m., Glencoe Union Church will hold an interfaith service, with representatives from each participating faith community.

At 7:30 p.m., the Highland Park Students Demand Action chapter of Everytown for Gun Safety will host a vigil at Sunset Park.

A moment of silence will take place Monday at exactly 10:14 am. at the site of the deadly shooting.

Separate funerals were held Friday for three of the seven victims killed - 63-year-old Jacquelyn Sundheim, 88-year-old Stephen Straus and 78-year-old Nicolas Toledo-Zaragoza, who, like Uvaldo, was from Waukegan, a city north of Highland Park along the Lake Michigan coast.

A funeral service was also held Saturday for Eduardo Uvaldo, who died Wednesday at an Evanston hospital from wounds suffered during the attack on the parade. 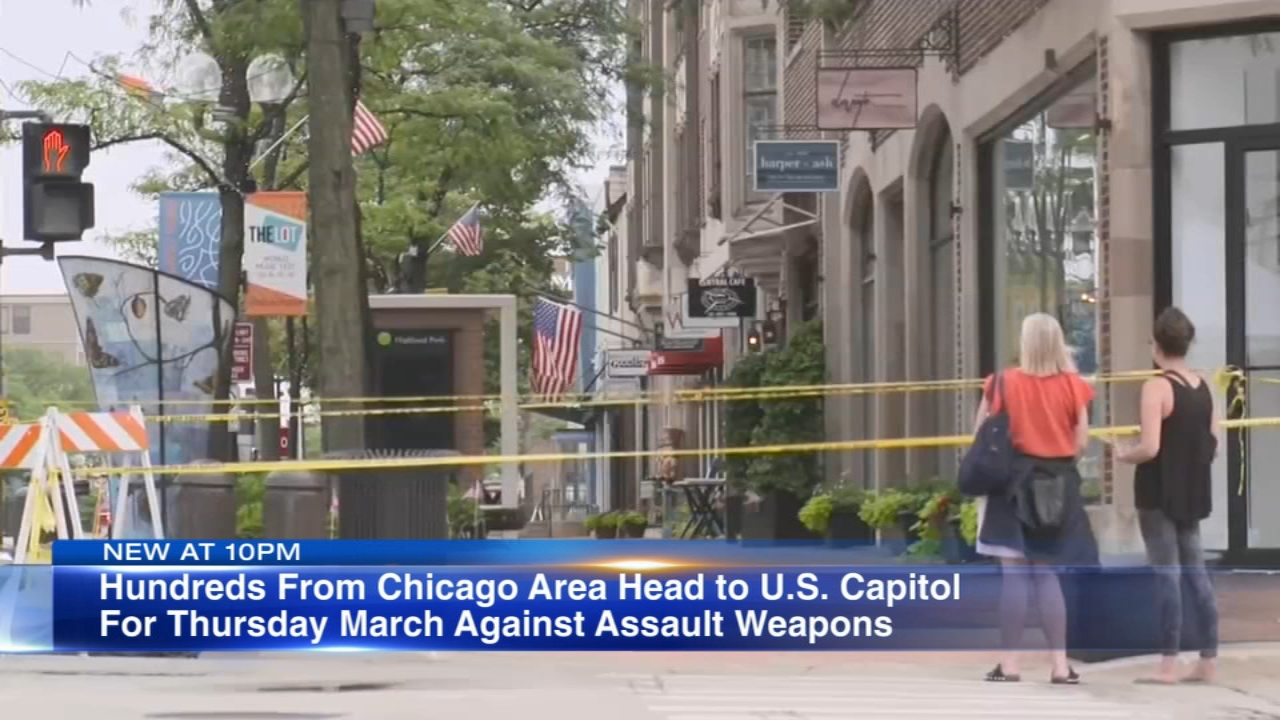 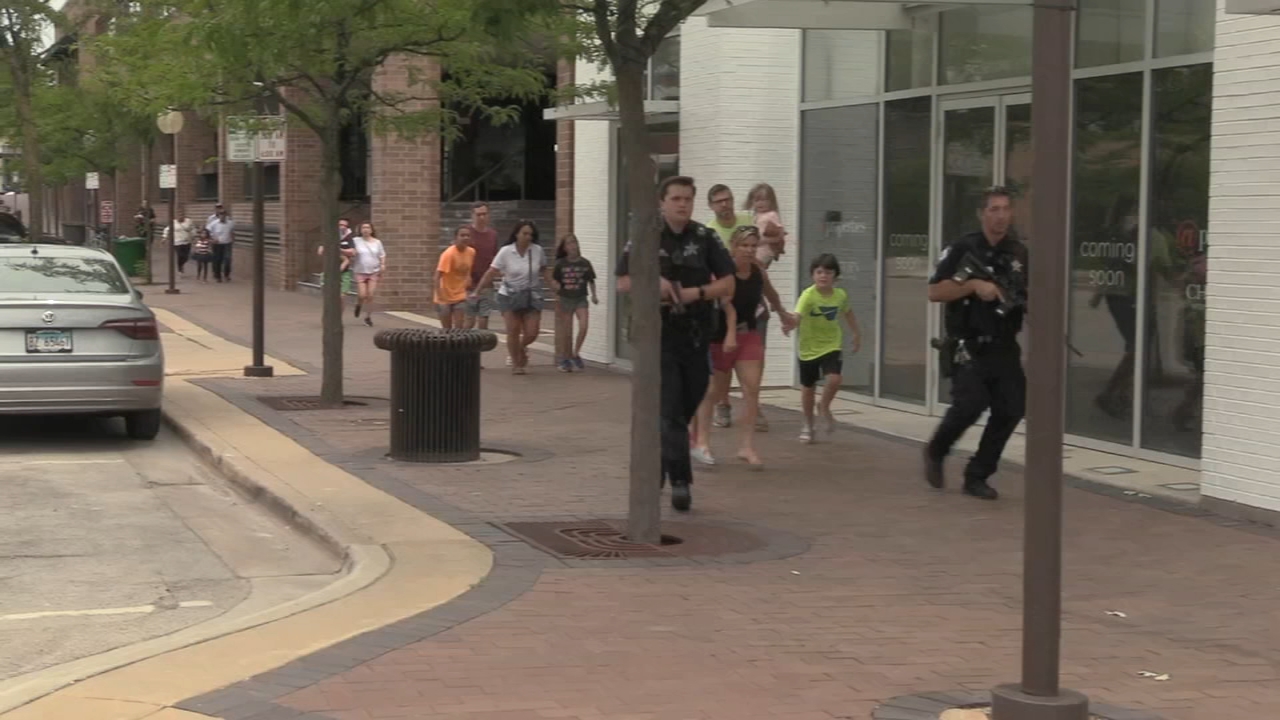