ABC 7 Chicago presents: Do You Hear Me? A Conversation about Terminology, virtual town hall with Mark Rivera 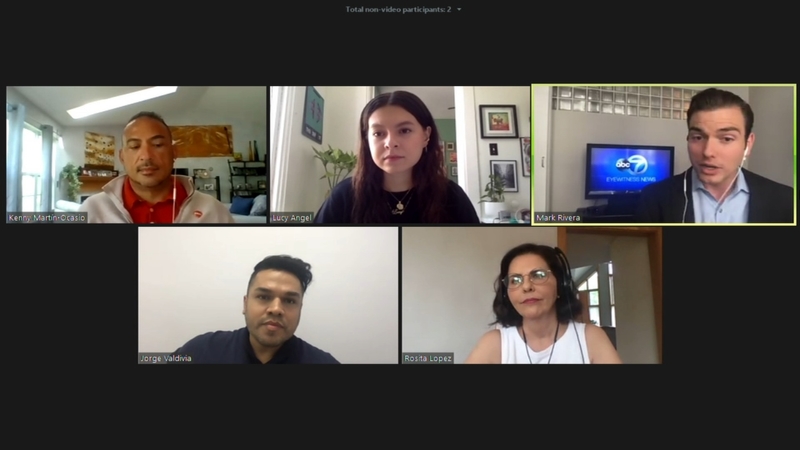 A Discussion About Terminology with Mark Rivera Part 1

CHICAGO (WLS) -- ABC 7 Chicago, Chicago's Number One station for news, presents the 14th installment in a series of digital town halls, DO YOU HEAR ME? A CONVERSATION ABOUT: TERMINOLOGY, Thursday, September 17 at 2 PM on abc7chicago.com. The hour-long town hall will be moderated by ABC 7 Eyewitness News Anchor Mark Rivera.

Hispanic? Latino/a? Latinx? Spanish? Why the difference in these terms and what is the origin of each? Why do people identify as one over the other? And what does it mean in today's political and social environment?

Chicago has a very diverse mix of Spanish-speaking communities: Mexican, Puerto Rican, Central American, Dominican, Cuban, South American. And then there are those who are born here and identify as Spanish, but choose not to use any of those labels.

In this week's digital town hall, Mark Rivera kicks off Hispanic Heritage Month speaking to representatives from two of Chicago's largest Latin-American communities, of different professions and generations to hear their perspectives on the various terminology, and what the different labels mean to them.

In addition, this town hall will examine how Chicago's Black and Brown communities have been disproportionately impacted by COVID-19, exploring some of the inequities that contribute to the disparities. And also to be explored are this community's support for racial justice and the strong push to make sure everyone completes the Census and registers to vote.

The fourht part of our panel discussion about Latinx identity, terminology and inclusion hosted by Mark Rivera.

The fifth and final part of our panel discussion about terminology, inclusion and Latinx identity hosted by Mark Rivera.