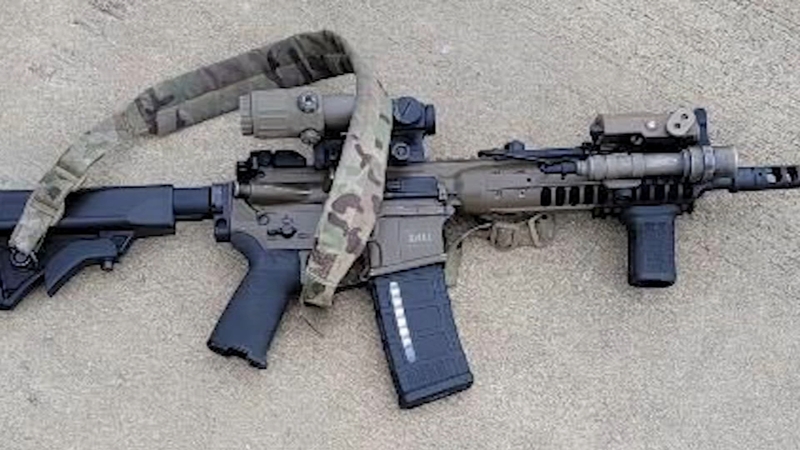 KATY, Texas -- The Houston Police Department said it is investigating after one of its SWAT team members left an AR-15 style rifle in a public parking lot.

The incident happened Wednesday morning at a Fiesta shopping center off Fry Road and FM 529 in the Katy-Cypress area.

"It's pretty outrageous, honestly, but I mean it's kind of crazy," said Juan Garcia, who lives nearby.

The woman who called 911 to report the loaded gun in the parking lot declined to speak on camera. She said she was working nearby when coworkers saw an officer place the gun on a car and drove away. The gun fell to the ground and was left in the parking lot.

"My initial reaction is it's a very unfortunate accident," said Mark Stephens, a retired HPD officer.

HPD told ABC13 the officer went back to the scene to retrieve it in its original place.

The woman who helped notify police about the gun said she called them just after 9 a.m. She reported the weapon and stayed with the gun until a tow truck driver offered to babysit the rifle so she could return to work.

She said it was a team effort keeping close eyes on the gun for nearly 40 minutes.

"I'm glad that somebody honest came along and found it," said Stephens.

Chief Troy Finner also recognized the good act. A spokesperson said Finner wants to personally thank those citizens who kept a close watch on the weapon until the officers arrived at the scene.

"It's lucky that somebody turned it in. Honestly, that's the way I feel," said Garcia.

HPD said it identified the officer involved and is still taking any information the public may have to assist in their internal affairs investigation.