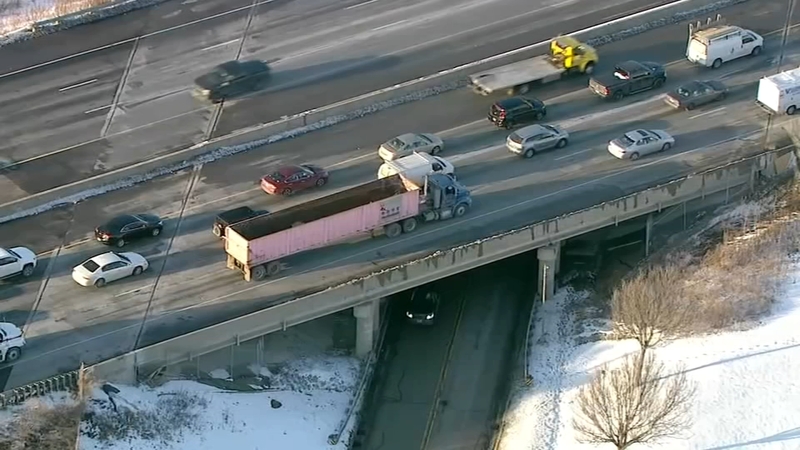 CHICAGO (WLS) -- Thousands of bridges are deemed "structurally deficient" throughout Illinois, including 10 highly-traveled bridges in Cook and DuPage counties.

With 214,000 vehicles crossing every day, the I-90/94 bridge over Stewart Ave to 28th Place in Chicago is the most traveled, structurally deficient bridge in Illinois. And there are thousands more in the city and state that have been identified as bridges in need of repair or replacement.

"In some cases it is still safe to drive," IIT Civil & Architectural Engineering Prof. Gongkang Fu said. "In some cases, it can be very close to a dangerous situation and engineering science sometimes cannot tell the cutoff line."

"We have both the Rebuild Illinois funding that came through a couple years ago and now the federal funding which is the largest infusion of bridge money since the highways were built," said Audrey Wennink, Metropolitan Planning Council.

And Illinois has a transportation management plan which maps out how to prioritize which bridges need repairing first.

"It's moving away from a worst first approach and taking more of a strategic approach," Wennink said.

Fu is helping the state identify the most vulnerable bridges.

"We have to spend money on those that are heavily trafficked because there isn't enough money to spend on all of them," he said.

Despite the huge amount of money earmarked for bridge repair, engineers say it's not nearly enough. They say it's likely only to address about 10-20% of what is needed.