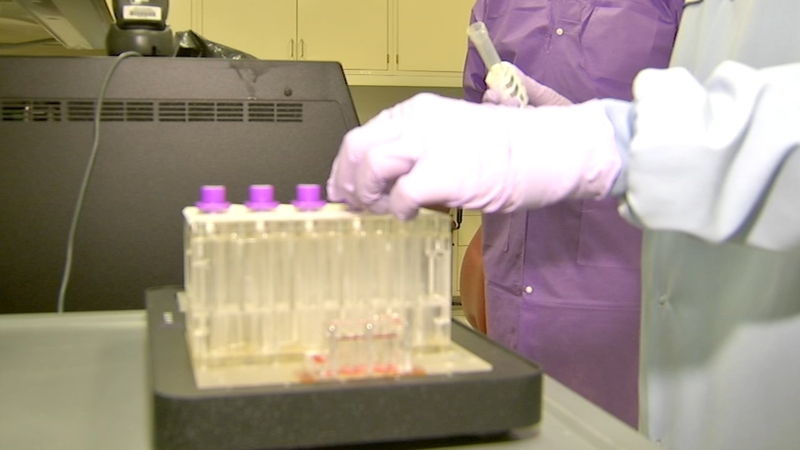 SPRINGFIELD, Ill. (WLS) -- Illinois State Senators got an update on the state's DNA processing backlog for murders and other violent crimes at a Thursday hearing.

Some families have waited years for DNA evidence to be processed so their loved ones unsolved murder cases perhaps could move forward.

This hearing and others were prompted after a 2018 I-Team investigation that uncovered a backlog in the processing of 750 Chicago murder cases.

"We are finally headed in the right direction," said Brendan Kelly Director of the Illinois State Police.

Kelly credits progress to robotics, Rapid DNA, and more forensic scientists. Illinois State Police say the backlog of DNA analysis on violent crimes has recently been reduced by 48%. It's now down to under 5,000 cases.

"If you look at the percent that we're producing in terms of case assignments completed, 22% greater each month than it was last year. The average age of biology DNA assignment has come down for all assignments and the average under six months for sexual assault cases that is also come down," Kelly said.

For critics, it's still not good enough.
RELATED: Hundreds of Chicago murders may remain unsolved due to DNA processing delays

"You have the numbers down to six months. And we said, then that was too long, we really need to think about six weeks, six days, six hours, six minutes. We got to figure this out because this is what's happening is that we have murderers walking, our streets rapists walking our streets, who feel like they got away with murder," said Committee's Chair State Sen. Patricia Van Pelt (D-Chicago).

"We all believe that the limits of technology are the only thing that's holding us back, and I think we need to continue to press forward with innovations that could get us to that point someday, that the technology that we have now didn't exist 30 years ago it didn't exist 60 years ago, so we continue to make a tremendous advancement thanks to science," Kelly said.

As for its recent implementation of Rapid DNA, the Illinois State Police said it has seen a 62% "first pass" rate of success on cheek swab samples.

"This leaves 131 samples in which the rapid DNA instrument determines that the samples did not fail, or there was an incomplete profile. Any of those samples that do that fail to pass any instrument on the first time a second sample must be worked, and that's what actually through our DNA conventional methods so it actually goes back into the system," added Illinois State Police's Robin Wollery.

There was also more encouraging news out of the hearing. The Illinois State Police will soon have two new labs. They'll move into a larger lab in Decatur and there are plans for a new forensics lab to be built in Joliet.