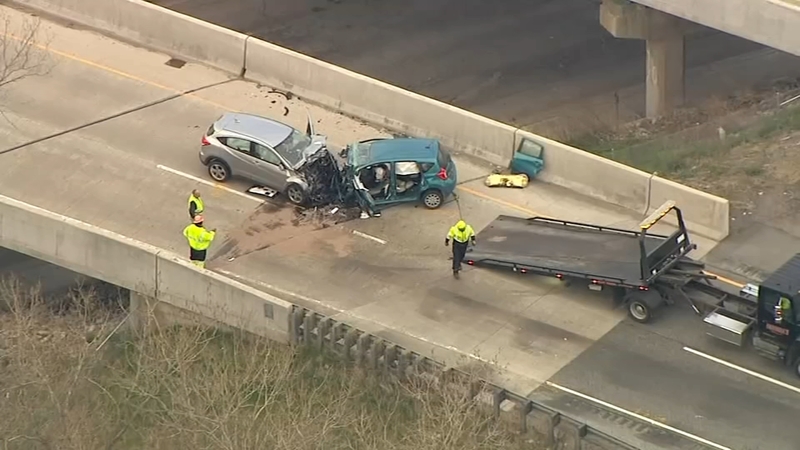 HAMMOND, Ind. (WLS) -- A woman was killed and a man seriously injured early Thursday morning in a wrong-way crash on the Indiana Toll Road in Hammond, Indiana State Police said.

A woman in a blue 2014 Nissan Versa was going east in the westbound lanes just after 3 a.m. when she hit a silver 2019 Honda HR-V head-on at westbound mile marker 5. The woman died, and the man is seriously injured, police said. He was flown to University of Chicago Medical Center.

Indiana State Police said alcohol or drugs are believed to be a factor in the deadly crash.

All westbound lanes were closed from Cline Avenue to Calumet Avenue, but reopened just before 7 a.m.

Traffic was being diverted at Exit 10 (Cline) and Exit 17 (Gary East).

Drivers in the area were told to expect delays and seek alternate routes.

At one point, about 1 mile of traffic became stuck behind the crash investigation. Two badly damaged vehicles could be seen on the road.

State police did not immediately provide any identifying information about those involved in the fatal crash.