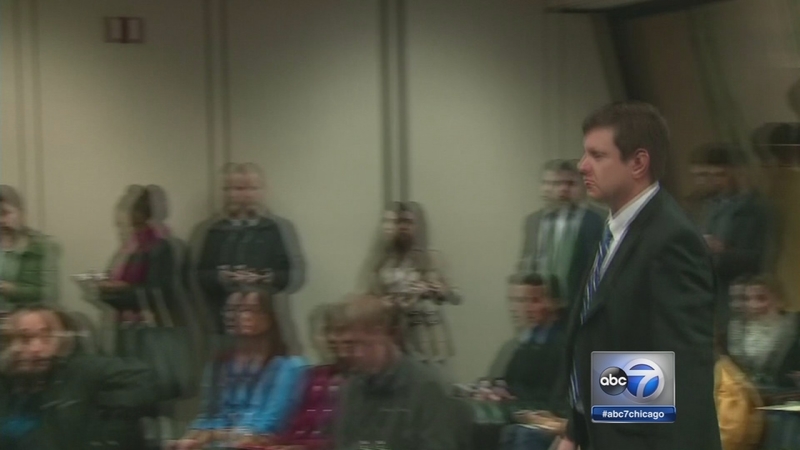 CHICAGO (WLS) -- A judge ordered the appointment of a special prosecutor Thursday to handle the case of a white Chicago police officer who shot a black teenager 16 times after the embattled Cook County state's attorney asked to step aside.

Officer Jason Van Dyke is charged with first-degree murder in the 2014 killing of 17-year-old Laquan McDonald. The court-ordered release of video in November contradicted police accounts of the shooting and set off protests calling for an overhaul of the police force.

The judge will now look to different public agencies for a special prosecutor. He says he'll start with Attorney General Lisa Madigan. If she declines, he'll move on to the state appellate prosecutor's unit. If there are no willing candidates, his third option will be a state's attorney from another part of Illinois. If all public agencies refuse, the judge can hire a private attorney to prosecute the case.

A coalition who fought to oust Cook County State's Attorney Anita Alvarez from the case wants the judge to look locally first.

"We've presented Judge Gaughan with the names of individuals who could take this appointment on and would be willing to do that. And we hope and pray that Judge Gaughan will select a person of integrity and strength from right here in the city to take this prosecution on," said Locke Bowman, the leader of that coalition.

The coalition has pulled names that include former judges and former prosecutors from the U.S. Attorney's office. The group wants these individuals to handle the Van Dyke case and also to investigate other officers who were there the night Laquan McDonald was shot.

Van Dyke wasn't in court Thursday because neither he nor his attorney opposed appointing a special prosecutor.

The judge is expected to update the search for a special prosecutor at Van Dyke's next hearing on June 30.