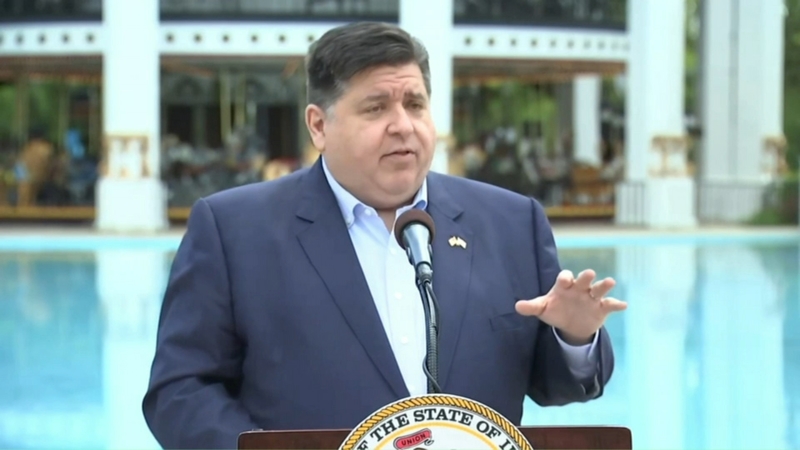 The purchase of stock in health insurance giant Centene Corp. was made on behalf of the billionaire governor by trustees at Northern Trust, appointed by Pritzker to independently manage his portfolio to separate those investment decisions from his role as the state's most powerful elected official.

The investment in Centene, which collected more than $2.6 billion from state Medicaid contracts in the first half of 2021, demonstrated the pitfalls of a blind-trust arrangement that still leaves the nation's richest governor open to potential conflicts of interest, according to the Better Government Association investigation.

The communications director for Pritzker's campaign said the governor has no involvement in investment decisions. In a statement to ABC7, Natalie Edelstein said "Governor Pritzker did divest his personal portfolio of companies holding state contracts and then removed himself from all investment decisions." Edelstein added that "to suggest he broke his campaign pledge is false" and "the trustees provide Governor Pritzker only with an annual report of his assets, which contains no values, in order to sign his Statement of Economic Interests pursuant to the Illinois Governmental Ethics Act."

The issue of stock purchases by elected officials has been debated in Congress, which is considering an array of strengthened stock disclosure laws aimed at stopping lawmakers from profiting from their access to insider information.

Experts interviewed by the Better Government Association said the governor could have avoided potential conflict by instructing his trust managers to refrain from investing in state contractors. Pritzker's spokespeople declined to say whether he ever considered doing so.

"I don't see why a trustee couldn't operate within those bounds, especially given that he seems to have acknowledged the potential of a conflict with his pledge to divest of companies that hold state contracts," said Eleanor Eagan of the Center for Economic and Policy Research.

Neither Pritzker representatives nor the managers of his trust would say how much the investment in Centene is worth to Pritzker's bottom line. They also declined to say specifically when the stock purchase was made, the BGA said.

When asked whether the governor, after learning he became invested in one of the state's largest contractors sometime during 2020, took steps to recuse himself from decisions that directly affected the company's finances, his spokeswoman told the BGA he has not.