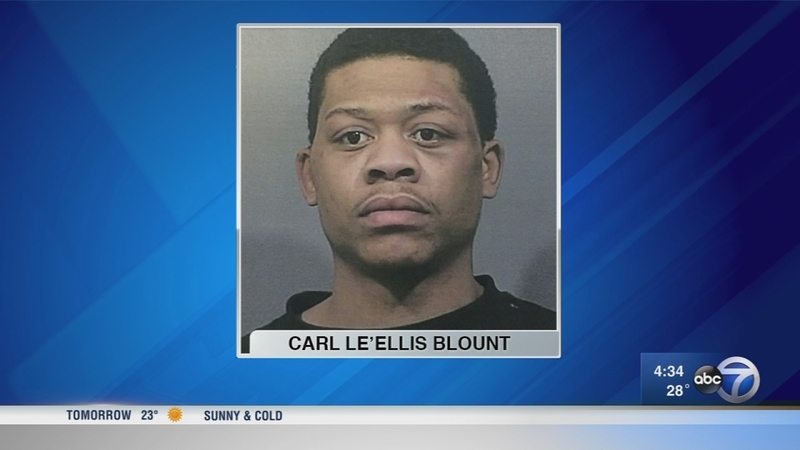 CROWN POINT, Ind. (WLS) -- A man has been sentenced to life in prison without parole for fatally shooting a Gary, Ind., police officer sitting in his patrol car.

The 47-year-old officer had been dispatched to investigate reports Blount had been involved in an altercation with an ex-girlfriend.

"There is no closure in a situation like this but hopefully it will aid to the healing," said Dawn Westerfield, the victim's ex-wife.

In a brief statement in court, Blount offered condolences to Westerfield's family, including four daughters and a son.

"He apologized to the extent that anyone can for what occurred, extended his condolences and took it like a man," said his attorney Richard Wolter.

Under a plea deal, prosecutors agreed to drop other charges against Blount, including theft and battery, and won't prosecute him in connection with a double slaying about 10 days before Westerfield's death. The plea agreement provided no details about those killings. Families of the other two victims were also in court on Wednesday.

Gary police Chief Larry McKinley was one of dozens of police officers who packed the courtroom this morning.

"He was not just an officer," McKinley said. "I have 18 years in the police department and when I came in Westerfield was responsible for training me as well. He was not just a co-worker but he was a friend."

His family said he will remember Westerfield for the way he lived.

"He spent his whole life in service. He was in the Army, he served the country. He was a reserve officer and then he was a full-time police officer. And he died because he didn't take the easy route," Dawn Westerfield said.