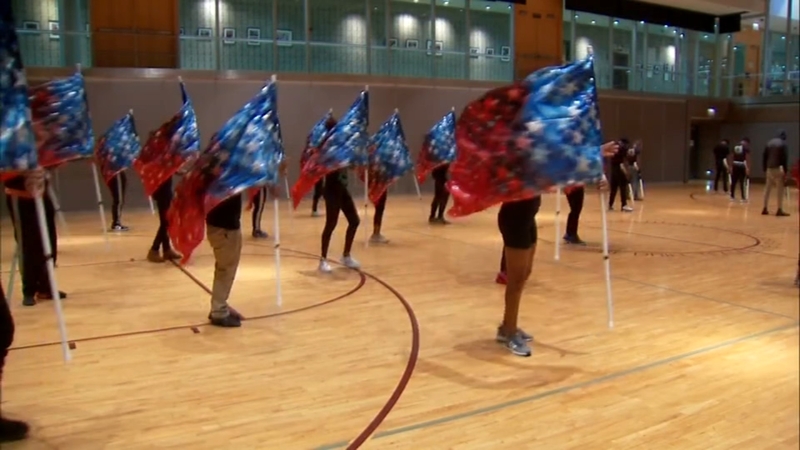 "I feel a great sense of honor participating in something this major," said 16-year-old William Lamb, South Shore Drill Team.

The drill team was notified by the presidential inauguration committee on New Year's Eve that they had been selected to participate in the virtual parade. They had a week to plan and execute their routine.

"I think that really shows the country what's going on in Chicago, especially on the South Side of Chicago with African American children," said Stella Natufe, South Shore Drill Team.

RELATED: Joe Biden's inauguration: Everything to know about date, time, performers and how to watch live

But this year's celebration will be scaled down because of the health risks posed by COVID-19 and now security concerns after the violent insurrection at the U.S. Capitol. So instead of a parade down Pennsylvania Avenue, there will be a virtual Parade Across America, with the drill team taping their performance in Chicago.

"It was cold, it was windy, we were right next to the lake," Lamb recalled. "I was doing my best to try to look clean and look as one whole group."

This is not the South Shore Drill Team's first inauguration. They performed for President Obama in 2012; that year their biggest challenge was raising enough money to send 60 kids to Washington D.C.

This year the squad was reduced to 30 members to help with social distancing. Kira Rutledge, a 22-year-old student at the University of Illinois, took part in both performances. This is her last year with the drill team.

"I've learned so much and I've traveled so many places that I probably wouldn't have had the opportunity to travel to if I wasn't part of the team," she said.

South Shore is the only team from Illinois represented in festivities. In their performance, they will be celebrating hope and change.