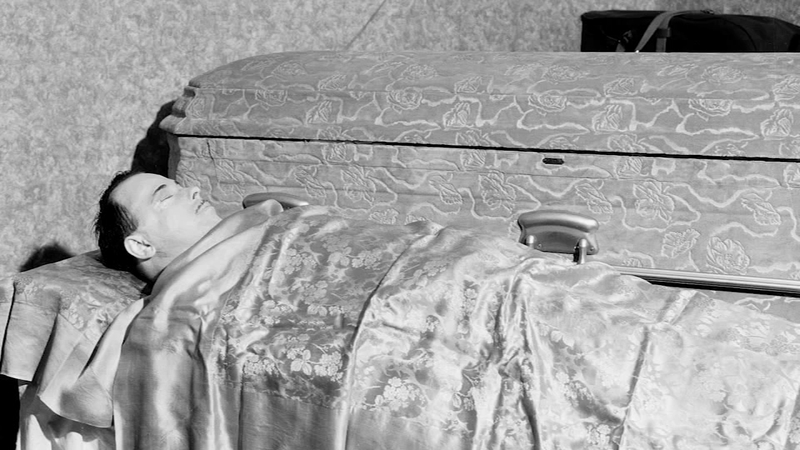 CHICAGO (WLS) -- Mired in a court fight with an Indiana cemetery, some family members of long-dead gangster John Dillinger have applied for a new state permit to dig up the outlaw's remains.

This time, Dillinger's kinfolk are asking that they be allowed to exhume his remains on Tuesday, December 3, and potentially keep the body out of the earth for two weeks while DNA samples are taken. An application for exhumation filed with the Indiana State Department of Health and obtained by the I-Team has not yet been decided by officials in Indianapolis. The paperwork shows that the body would be returned to the ground on December 17.

The family members say they don't believe it is actually Dillinger buried in the plot and is an impostor.

In the Dillinger family's first request, which was approved by state authorities, the body was to be exhumed only on September 16 and returned that same day. That plan, in tandem with a History Channel TV shoot, was scrapped when Crown Hill Cemetery publicly opposed exhumation "to ensure the safety and integrity" of the facility.

Two family members filed suit to block cemetery interference with their permitted plan, but without a decision the exhumation couldn't proceed last Monday.

If legal action clears the way for Dillinger's body to be dug up, the conditions in December may not be ideal. The average low temperature in Indianapolis that time of year is 24 degrees.

And if it happens, History Channel cameras won't be in tow. As the I-Team first reported a week ago, a cable network executive said that they were "not moving forward with a documentary on Dillinger, so we are no longer involved in the project."

Dillinger was gunned down by FBI agents as he left Chicago's North Side Biograph Theatre on July 22, 1934.

His body was taken to Alexian Brothers Hospital and then the next day put in a wagon and taken to the Cook County Morgue. An autopsy declared the body to be Dillinger and the remains were taken to a Chicago funeral home.

On July 24, 1934, the body was moved from the mortuary to Indiana. A large crowd gathered as an undertaker's basket covered with black oil cloth lowered the body for transport.

A hearse carried Dillinger's corpse back to Mooresville, Indiana, where he spent his teenage years. Dillinger Sr. can be seen in a photo sitting beside the body in the rear compartment of the hearse.