2 killed in Halloween party shooting in Joliet Township ID'd, over a dozen others hurt 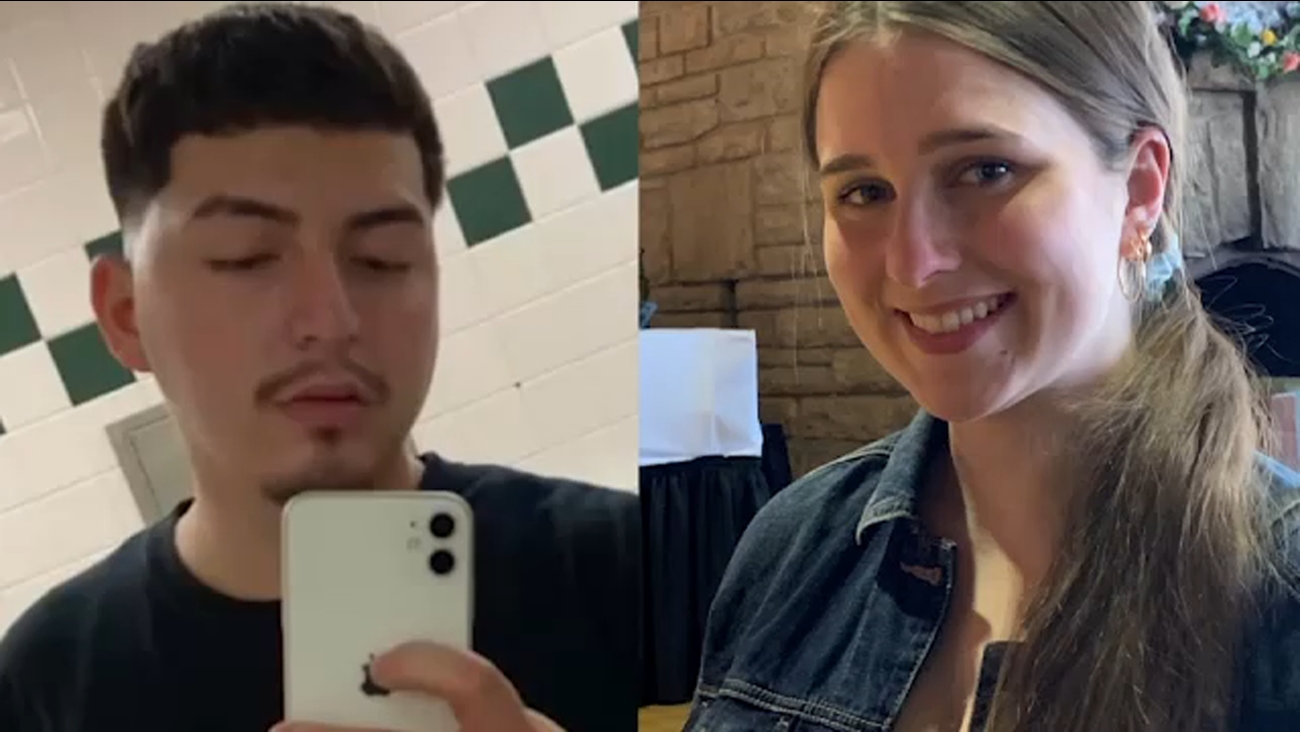 JOLIET TOWNSHIP, Ill. (WLS) -- Over a dozen people were injured and two were killed in a shooting at a Joliet Township Halloween party early Sunday morning, Will County Sheriff's Office officials said.

Holly Mathews and Jonathan Ceballos, both 22 years old, were identified by family members as the two people fatally shot.

Mathews was studying to be an arborist at Joliet Junior College and had just gotten engaged two weeks ago while on vacation in Utah. But while she was out with two girlfriends celebrating Halloween Saturday night at a house party, her loved ones said she was shot and killed.

"She went to a party in Frankfort [and] was there until midnight," said Holly's mother, Sharly Mathews. "The party ended and one of her friends, the girl she was with, said let's go to this other party."

Mathews and her friends were there only briefly and had, by all accounts, decided to leave when police said two men standing on the porch began firing into a crowd of people gathered in the backyard.

"I just talked to her [Saturday] morning. She was going to come over today for Halloween and she was looking forward to it. We were going to carve pumpkins and the whole nine yards," Sharly Mathews said.

"She was just a young girl in a costume for a Halloween party. Lost her life for no reason. Absolutely no reason," added Holly's father, Stephen Mathews.

Will County Sheriffs officers said they were on the scene within minutes after a patrol sergeant heard 10 to 12 gunshots being fired just before 12:40 a.m. in the area of Jackson and Walnut streets and then saw over 100 people running east on Jackson Street, the sheriff's office said in a Facebook post Sunday.

Witnesses said the shooting took place in the 1000-block of East Jackson Street in the backyard of a home.

Over a dozen people were injured and taken to local hospitals. Two people died as a result of their injuries on the scene, police said.

Ceballos was his childhood friend.

Will County Sheriff's deputies believe a Halloween party was being held at the home, and the shooting took place outside near a DJ booth in the backyard. There were about 200 people at the party, police said.

Witnesses said there were two shooters. The shooting reportedly took place from an elevated position on a porch looking down over the crowd.

"It was horrible. You could hear the bullets ricochet and whistle," Sandoval said. "Not everyone there was bad people. Some who got hit were innocent."

"You could hear the bullets ricochet and whistle"

Law enforcement officials remained on the scene Sunday morning. The Will/Grundy Major Crimes Task Force was activated to help with the investigation.