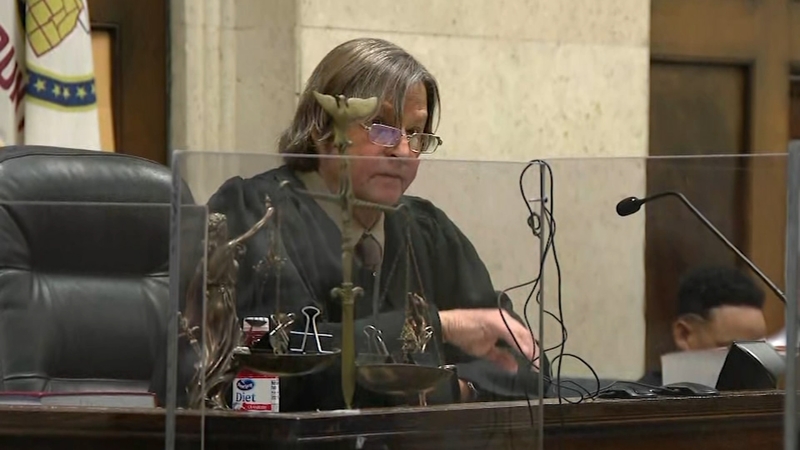 CHICAGO (WLS) -- The Cook County judge who sentenced Jussie Smollett, Judge James Linn, has been on the bench in Cook County for more than three decades but has never been elected by voters.

Judge Linn is what's known as an associate judge. He sits in a courtroom at 26th and California. He hears criminal cases. He is elected, but not by the people. The voters who elect associate judges in Cook County are other judges.

"The wheels of justice turn slowly, and sometimes the hammer of justice has to fall," said Judge Linn after denying Smollett's attorneys' request to stay his sentence pending appeal.

When Judge Linn hammered Jussie Smollett with jail time, it was just a quirk of the courthouse selection process that Linn was holding the hammer at all. The first and second judges picked at random in 2020 were out ill. Judge Linn happened to be healthy that day. When he sentenced Smollett for lying about having faked a hate crime, Linn discounted Smollett's good works.

"You have another side of you that is profoundly arrogant and... selfish and narcissistic," Linn said.

"I think he did what the judges should do. You basically knew what his thoughts were. He explained, you know , what he thought about, the case and his reasoning for the particular sentence that he chose, and he followed the law," said Daniel Locallo, former Cook County Judge. Locallo became a Cook County judge about the same time as Linn and is now retired.

"I always thought that sentencing was the toughest part of the job because when you're a judge and you sentence somebody, you not only affect that individual, but you also affect members of his family. You know, a murder case and when you sentence somebody to let's say, 30 years for murder, that's 30 years of his family's not going to see him, you know, outside those prison walls. So I mean, it's a tough part of the job, but it has to be done," Locallo told the I-Team.

Voters elect circuit judges to six-year terms. Every four years, associate judges such as James Linn have to be reappointed by those elected circuit judges- in total, he's been appointed eight times.

"He has clearly had the support of his colleagues in the past. The vast majority of associate judges are retained and also the decision is made by Circuit Court judges on a secret ballot. So how any individual circuit judge has voted, whether to retain him or not, will not publicly be known," said Gil Soffer, ABC7 Legal Analyst and former federal prosecutor.

Linn 's current term ends in 2023 and if he stands for reappointment, it will be by other judges, not by the public. About half of all criminal court judges are selected this way, in a blind vote by other judges.