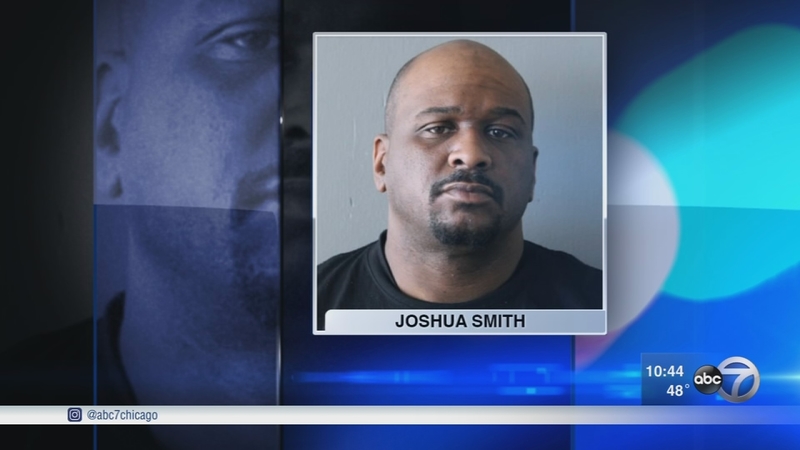 CHICAGO (WLS) -- A 37-year-old man was charged Wednesday in connection with the shooting death of Cook County Judge Raymond Myles on Chicago's South Side, police said.

Joshua Smith was charged with first-degree murder, attempted murder and obstruction, police said during a Wednesday night press conference. He is scheduled to appear Thursday in Bond Court in Chicago.

The shooting resulted from a "targeted robbery" and police "don't believe that he worked alone," said CPD Chief of Detectives Melissa Staples. She said the they continue to interview multiple people and that the investigation is "very open, active and ongoing."

Myles and his 52-year-old girlfriend were shot early Monday morning outside the judge's home in the 9400-block of South Forest Avenue in the city's West Chesterfield neighborhood. The woman was shot in the leg.

The girlfriend was outside the house when she encountered the armed offender. The judge heard the commotion, came out and confronted the gunman. He was shot four times and killed.

The gun used in the shooting matches one used in a January armed robbery, but police said that incident is not related to the judge's shooting.

Police did not say whether Smith was the shooter.

Smith was convicted in 2003 of armed robbery and served six years in prison.

Smith was nabbed with the help of the many surveillance cameras in the neighborhood, police said, which helped them identify a license plate.

The owner of the vehicle is not involved in the shooting, police said.

Late Tuesday, police said they are questioning a person of interest in the case.

The FBI is now involved in the case and had offered a $25,000 reward for information that could lead police to an arrest.

Myles was known as a judge who was tough, but fair. He was involved in a number of high profile cases in Cook County, including the bond hearing for William Balfour, the brother-in-law of singer Jennifer Hudson. Balfour was convicted of killing three of her family members.