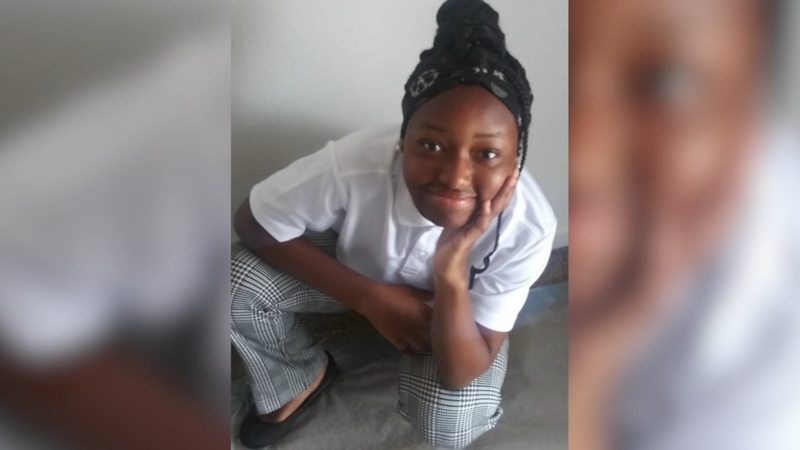 JUSTICE, Ill. (WLS) -- A south suburban family is seeking answers after their teenage daughter was killed just before Thanksgiving.

Suri Davis, 15, was found shot to death in the entryway of an apartment complex in Justice. Despite questioning a suspect, no one is in custody two weeks after her murder - and her parents believe security cameras may have been tampered with.

Jasmine Davis sobbed under a soaking rain, begging for any small lead on her teenage daughter's killer.

"I just ask anyone in this community, if y'all know or saw anything, please, please open your mouth," she said.

"A part of me is gone," said Harold Davis, her father. "My child is gone."

On November 22, Davis was found by her parents murdered in the entryway to her family's southwest suburban apartment building hours after she'd come home from school.

"She got off the school bus going in to go home," community activist Andrew Holmes said. "From what we know right now, an individual came up behind her, and that was at 3 something when she got off the bus. Hours later, about 7 something, her body was found by the stairwell and she was deceased."

Davis' parents believe a teenage boy from another community followed their daughter inside, grabbed her, and shot the 15-year-old girl in the face.

"She had, I don't want to say a rapport, but she knew of the guy when they attended grammar school together," her father said.

The parents say the teenager they believe killed their daughter was questioned and released by investigators.

"One of the cameras inside this building was altered, turned facing the ground," Holmes said. "I'm asking anyone in this facility or in this complex, please help this family."