Residents, especially those whose businesses were damaged during the unrest, want to see the physical work of rebuilding begin sooner than later.

"There's a lot of talk," said Ray Langston, owner of 2U4U Beauty Supply in the Uptown neighborhood. "There's a lot of meetings and right now we're at the point where things need to start happening."

2U4U was hit hard during the peak of Kenosha's civil unrest.

"Our business was on fire, so we lost everything," Langston said.

In the mayor's new roadmap forward, the city will form committees to examine the issue of racism, as well as listening sessions in wake of the Jacob Blake shooting.

Mayor Antaramian said he reached out to clergy after George Floyd's death for guidance on how to deal with racism. He said they began putting together a plan, including looking at appointing committees to examine police-community relations, criminal justice, employment and education and young people.

The series of community conversations to address systemic racism is vital to those efforts, the mayor said.

"Feedback from the community is the stepping stone for the road forward," Antaramian said. "Our road map to the future is going to depend on a lot of information we are given at these committees."

Antaramian also plans to work with the Common Council to budget for police training and move up funding for body cameras to 2021 instead of 2022.

"This isn't going to be just one issue and done. These are a number of issues we need to deal with," the mayor said.

The mayor also said community has to deal with mental health trauma.

"I believe so strongly that that is an issue that if we don't deal with, we're still going to have numerous issues within our community," he said.

The mayor has also requested tens of millions in state and federal aid for the city to help breathe new economic life into areas leveled by destruction.

"I feel it's a good step once we see it happen," Langston said.

After announcing the new efforts at a news conference Monday morning, the mayor was met by a small crowd of business owners and residents demanding city leaders do more to keep them updated and address what they said they need.

On August 23, Jacob Blake was shot seven times in the back by a Kenosha police officer. He remains paralyzed at a hospital in Milwaukee.

The shooting led to several nights of violent protests, including a fatal shooting that killed two people and wounded another. Kyle Rittenhouse, a teenager from Illinois, has been charged in the shooting.

Both President Donald Trump and Democratic presidential candidate Joe Biden have visited the city in the aftermath of the protests. 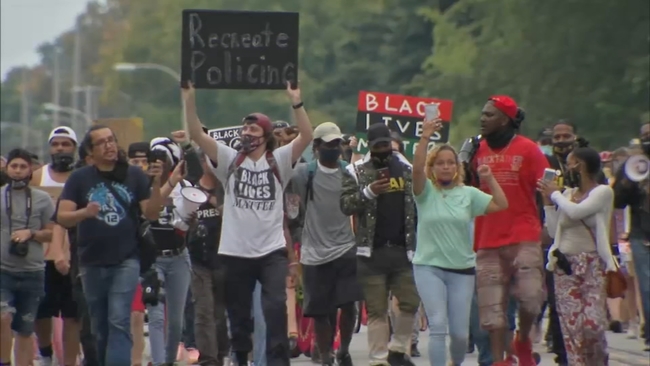 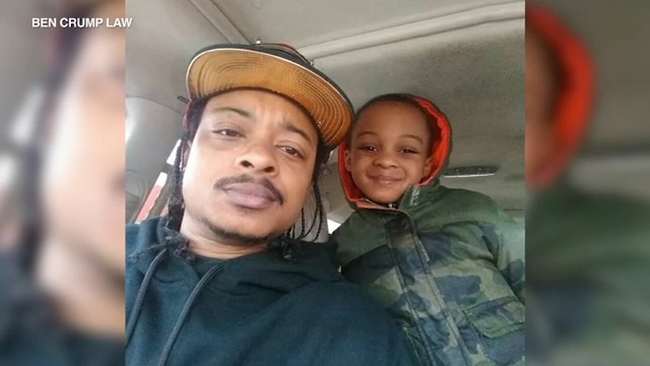