53 people have drowned in Lake Michigan in 2020, setting new record 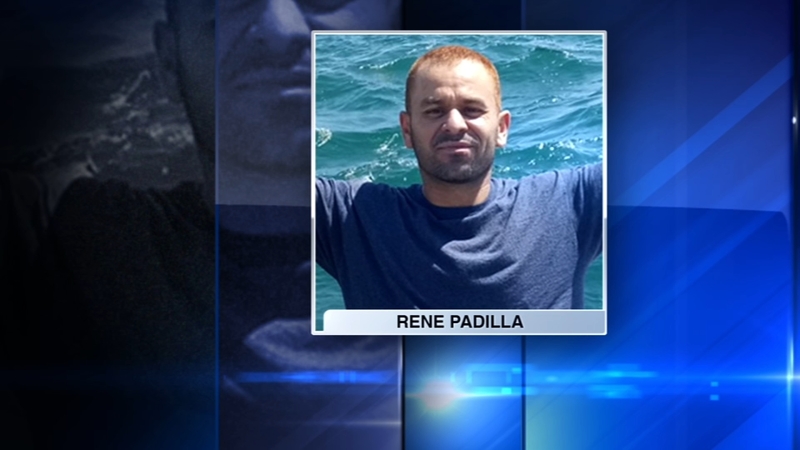 Man who died in Lake Michigan was trying to save daughter, 12

CHICAGO (WLS) -- In 2020, 53 people have drowned in Lake Michigan making it the deadliest year on record, according to The Great Lakes Surf Rescue Project data.

As of September 11, 53 people drowned in Lake Michigan, according to GLSRP.

Not included in that data was the death of a 24-year-old man who died after he was pulled from Lake Michigan Monday night near Monroe Harbor.

The previous record for Lake Michigan drownings was set in 2012 with 49 fatalities.

"In addition to the confirmed drownings, there are an additional 6 drowning incidents where the victims were last listed as 'Critical Condition,' 'Unknown Condition,' or 'Missing.' The GLSRP is awaiting updates on these incidents," GLSRP said in a statement Saturday.

A woman's body has been recovered from Lake Michigan Wednesday morning after a boat hit a break wall near Monroe Harbor.

At the beginning of July, Chicago model and former flight attendant Ameera Muhammad went missing while swimming at night with family and friends off a boat in Lake Michigan.

Chicago police said the boat hit a break wall as a storm blew through the area. Chicago Fire Deputy District Chief for Dive Operations Jason Lach said several people from the boat were already swimming in the water when the boat hit the break wall.

A 30-year-old man has died after being rescued from Lake Michigan Monday at Clark Street Beach in Evanston, police said.

Also in July, a 30-year-old Chicago man died after being rescued from Lake Michigan at Clark Street Beach in Evanston, police said.

A good samaritan at the beach attempted to rescue the victim from the water as responding lifeguards and officials pulled them to shore.

On September 6, a 32-year-old Clarence "CJ" Weaver Jr. and his friends rented a pontoon boat to enjoy the summer day.

Weaver was on the high school swim team and loved the water, according to his family, but when he jumped into the lake, he did not come back up.

A recovery mission resumed Tuesday in the search for a 15-year-old boy missing in Lake Michigan who disappeared while swimming at Diversey Harbor.

In August, a 15-year-old boy went into the lake near Diversey Harbor a with three other friends and never came out. Instead, he was swept away from shore by the incredibly high waves.

After the 15-year-old drowned, David Benjamin, the executive director of the GLSRP, said his group has been writing the mayor for years for more safety measures every 400 feet along the lake path, but nothing has been done.

He believed the 15-year-old's death was preventable.

Late in August, a Chicago teenager drowned while swimming with his friends at Porter Beach Sunday morning in Indiana.

Authorities said high winds and rip currents played a role in the incident.

Also in late August, a man drowned in Lake Michigan at 31st Street Beach while trying to save his 12-year-old daughter after he slipped and fell off of a rock.

Padilla, who wanted to spend one day with his two daughters before they went back to school next week, told Spagnolo that he wanted to take a rare day off from work because they always wanted to go to the beach.