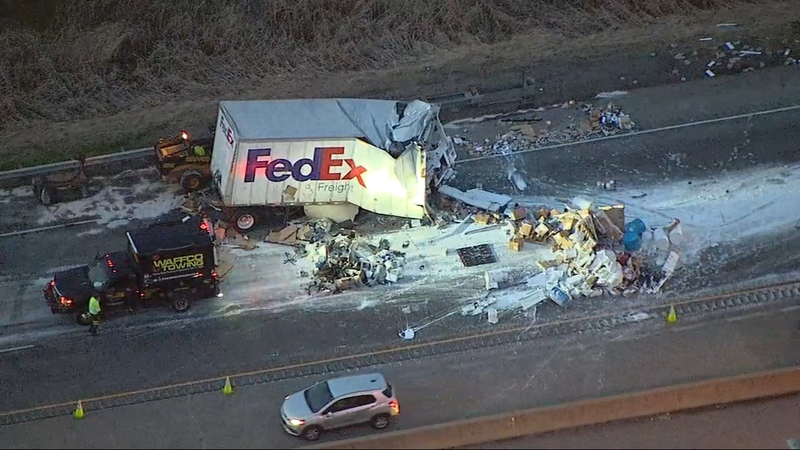 A double-trailer FedEx truck was stopped on eastbound Interstate 80/94 near Ripley Street just after 2 a.m. when a second semitrailer rear-ended the first, an Indiana State Police spokesperson said.

RELATED: I-294 traffic: 1 killed after 2 semi-trailers crash on Tri-State Tollway near Roberts Road

The driver of the second semitrailer was seriously hurt and airlifted to University of Chicago Hospital, police said. The driver's condition was unknown later Tuesday morning.

One lane remains open, while police investigate and debris is cleaned up. One of the trucks was hauling paint, police said.

Chopper7HD was over a NW Indiana crash Tuesday morning.

It was not immediately clear for how long the lanes would be closed, but police said in a Facebook post it could last several hours.