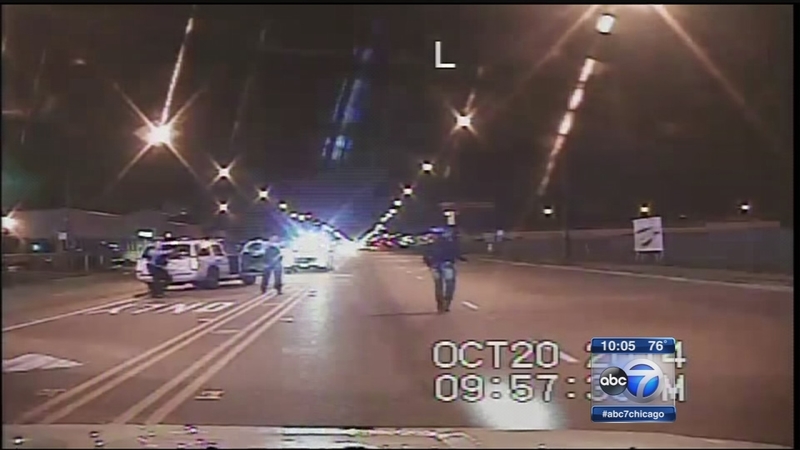 Officers were advised of Johnson's decision via email, in which he said he did not make the decision lightly.

The seven officers were relieved of their police powers pending the board's decision. There was no mention of the McDonald case at the police board meeting Thursday night, and Supt. Johnson was not in attendance. He has not publicly spoken about his decision.

While the names of the officers have not been released by the police department and the report is not public, ABC News confirmed that Jason Van Dyke is one of the seven officers Johnson is seeking to fire. Van Dyke's partner is reportedly also on the list of officers to be fired.

The Independent Police Review Authority delegated the McDonald investigation to the Office of the Inspector General, Guglielmi said.

After reviewing the OIG's report on the case, the CPD agreed with the recommendation to "submit seven of the officers to the Police Board for separation based upon Rule 14 allegations outlined," he said.

The OIG also recommended three other officers for separation, but two of those officers recently retired, including Deputy Chief David McNaughton, who signed off on the report justifying the shooting. The department disagreed with the OIG on the third officer, citing a lack of evidence.

The police board said Thursday night that Johnson had not yet filed his paperwork.

"It's a fair process. There's a board. There's a hearing that takes place, and the police board reviews that hearing, and we make decisions," said Ghian Foreman, vice president of the Chicago Police Board.

Matt Topic, the attorney with Loevy & Loevy who fought in court to release the McDonald shooting video, applauded Johnson's decision.

"There has been a code of silence in the Chicago Police Department for a very long time and it's a positive development. The superintendent seems to be taking that seriously and sending a message to all officers that we are not going to stand for it," Topic said.

Activist William Calloway, who also fought to get the dash cam video released, had praise for Johnson as well.

"It was a great move by the superintendent, and we in the community applaud what he did today by taking actions against these police officers," Calloway said.

Ald. Roderick Sawyer, who serves as chair of the Aldermanic Black Caucus, said he hoped Johnson's decision would be influential to police culture in Chicago.

"I believe that the rank-and-file, hopefully they'll get that being complicit in an illegal act will get you fired from your job," Sawyer said.

"Supt. Johnson's only in there a few months and he has taken some strong actions, and I think he is saying this is a new day here and we've got to give him a chance," Pfleger said.

However, Pfleger is concerned that the two high-ranking officers who recently retired will never be held accountable. Some community activists who spent months protesting said Johnson's actions are nothing more than delayed justice.

"If that didn't exist no cops would be fired, so I credit this moment to that work. Hopefully we can continue to keep the pressure and keep our officials accountable," London said.

In a statement, Mayor Rahm Emanuel said: "I appreciate Supt. Johnson's thoughtful review of the Inspector General's report, and I fully support his decisions. As the city takes these important steps to hold individuals accountable, we must also recommit ourselves to partnering together to rebuild trust between our police department and our residents. As Chicagoans who love this city, we must continue to work together to build that brighter tomorrow for everyone."

The head of the police union expressed serious doubts that those seven officers can get a fair hearing. Dean Angelo said CPD, even after going public with its announcement, has given the union no details about the allegations.

Shortly before the video was released, Van Dyke was charged with first-degree murder in McDonald's death. He has since pleaded not guilty. He claims he shot the teen in self-defense.

Van Dyke was back in court Thursday morning as his lawyers continued their fight to get McDonald's juvenile records.