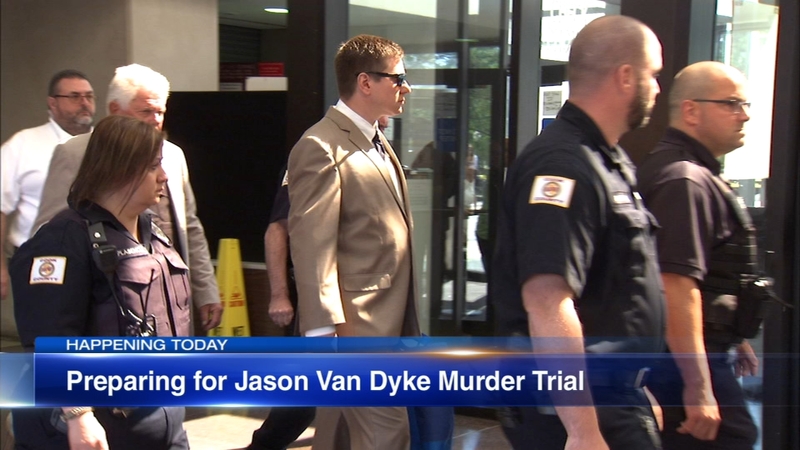 CHICAGO (WLS) -- The lawyers representing Jason Van Dyke filed a motion Wednesday for a change of judge in the Chicago police officer's trial for the 2014 murder of 17-year-old Laquan McDonald.

In the motion, Van Dyke's attorneys argued Judge Vincent Gaughan is prejudiced against a change of place request they filed, and said judge denied the request without considering the evidence they presented.

A hearing is set for Tuesday in which a judge will decide whether Gaughan or another judge will hear the defense's change of venue motion. If it's decided that the motion will be heard by a judge other than Gaughan, that other judge will be designated by the chief judge or through another process.

Van Dyke was charged with first-degree murder in the 2014 shooting more than two years ago.

The shooting made international headlines when a judge forced the city to release a dashcam video showing Van Dyke shooting the teen 16 times. The video sparked massive protests, cost the Chicago police superintendent his job and promoted federal and local investigations.