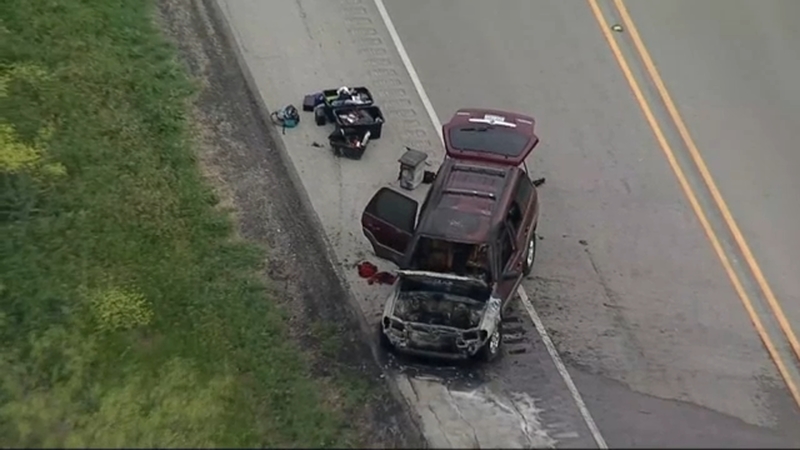 BURLESON, Texas -- Hours after a police officer was shot in the neck and chest during a traffic stop, authorities in north Texas captured a man they believe pulled the trigger and later killed a woman for her pickup truck during his flight from law enforcement.

Police in Burleson, located about 15 miles south of Fort Worth, identified 39-year-old Jerry Don Elders as the person who shot the officer early Wednesday morning.

According to Burleson Police Chief Billy Cordell, Elders was in an SUV with another male and a female when the shots were fired at about 4:15 a.m. CT. Elders and company took off before abandoning the vehicle as it caught fire.

According to Cordell, investigators believe the suspects then went to a nearby home and carjacked a resident. Cordell said the woman from the home showed up with gunshot wounds at about 8:44 a.m. to a police station in Joshua, Texas, seven-and-a-half miles away from Burleson.

The woman, who wasn't immediately identified, was taken to the hospital, where she died.

While police didn't specifically give details about the fate of the two other people from the traffic stop, they produced Elders as the person involved in the shooting, as well as the carjacking of a silver Toyota Tacoma.

It wasn't until about 1:30 p.m. that license plate readers in Denton, which is located about 51 miles north of Burleson, detected the vehicle and alerted law enforcement.

Police in Gainesville, Texas, located about five miles from the Oklahoma border, pursued the truck before Elders and a second person stopped and ran into a wooded area, Cordell said.

Elders was captured a short time later. As of 3 p.m. CT, the other person with him remained on the run.

Elders was wanted on a first-degree felony charge of aggravated assault with a deadly weapon against a police officer and possession of a controlled substance.

Cordell noted investigators were in contact with the third person from the traffic stop, but he didn't say whether that meant the person was in custody.

Meanwhile, the officer, whose name wasn't immediately released, is stable and alert in the hospital, recovering from three gunshot wounds, including in the chest and a "through-and-through" wound to his neck, according to Cordell.

"It's an amazing story," Cordell said of his visit to his officer at the hospital. "We're just very thankful. It could have been a very different outcome."
Report a correction or typo
Related topics:
texastexas newsshootingpolice officer shotu.s. & worldtraffic stopcarjacking
Copyright © 2021 WLS-TV. All Rights Reserved.
POLICE OFFICER SHOT 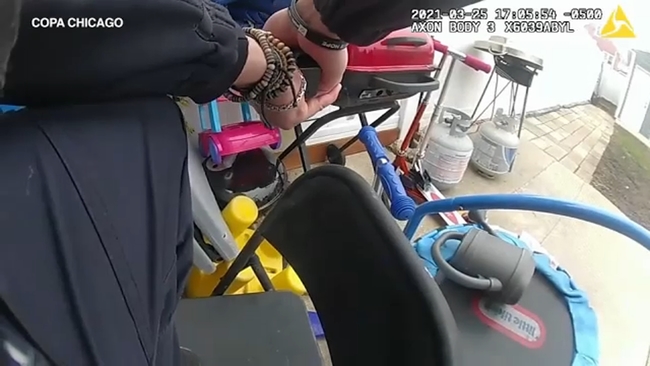