WLS
By Chuck Goudie, Barb Markoff, Christine Tressel and Ross Weidner
Mario "the Arm" Rainone and Paul "the Indian" Schiro have outlived many of their Outfit brethren.

Now they want out of the federal prisons that have been infested by COVID-19 germs.

Rainone, nicknamed "the Arm" for his skill at muscling those who have irked the Chicago mob, is now asking for "compassionate release" from federal prison where he is due to stay until 2028.

"He is no longer the Mario Rainone of the past," said his attorney Joe "the Shark" Lopez in a newly filed motion in Chicago federal court.

In Rainone's past he was a gangland enforcer with a long history of various mob rackets, burglary, bribery, violent threats and gun-play. He is currently doing time for a 2013 case in which authorities found him in possession of a .357 revolver, which, as a convicted felon currently on parole, was illegal.

Today, according to his attorney, Rainone, 65, "is an ailing senior citizen with a myriad of medical issues."

"Mr. Rainone is at grave risk for a variety of other diseases and health conditions. His health problems have worsened since his incarceration in February 2009, and the COVID-19 pandemic poses an additional deadly risk to Mr. Rainone," his motion contends.

Rainone appears to have jumped through the legal hoops that he hopes will certify him for compassionate release, most notably first applying through the warden's office at the federal medical center in Rochester, Minnesota, where he is housed. He filed that paperwork on March 31, according to his motion. "No response has been made by the warden, and, since 30 days have passed, Mr. Rainone has exhausted his administrative remedies," the motion states.

A court hearing on his COVID-19 motion for release is set for May 28 at 9:30 a.m. before Chicago U.S. District Judge Harry Leinenweber.

As of Wednesday, federal officials say 2,298 inmates and 198 Bureau of Prisons staff are currently infected with COVID-19. Fifty seven inmates have died.

The first mobster-motion for compassionate release came last month, and was filed by octogenarian hoodlum Paul Schiro, who pleaded guilty in 2009 during the government's landmark "Family Secrets" Outfit murder trial in Chicago.

Schiro, 82, is known by the mob moniker "the Indian" for his Native American appearance and because he was a feared Outfit warrior dating back to the 1970s. He was convicted of racketeering but sentenced also for his role in the 1986 murder of Arizona businessman Emil Vaci, whom the mob feared was cooperating with law enforcement concerning a casino employee killing.

According to Schiro's motion filed in Chicago, "He is in very poor health. He has had lung cancer (now in remission), part of one lung removed, and reportedly had a lung collapse. He currently has COPD, diabetes, a heart arrhythmia, coronary atherosclerosis, cataracts, arthritis and hemorrhoids. He uses a walker for any distances over 10 feet, and a cane within his cell."

The public defender who filed the motion states that the "Covid-19 epidemic is a factor to consider. There are not many people more at risk than Mr. Schiro. ... He is at extraordinarily high risk of death from Covid-19."

Prosecutors note that Schiro has been trying to get out of prison early for the past four years "based on his advanced age and medical issues."

Mario Rainone was sentenced to 15 years in federal prison Wednesday for being a felon in possession of a gun.

He is currently being held at the federal medical facility in Butner, North Carolina. "Given that the defendant's condition is stable, that he is receiving proper care for his medical problems (and he does not claim otherwise), and that, according to BOP records, he is getting around as necessary, providing self-care inside the institution, the defendant's age and health condition do not -- singly or in combination -- warrant relief," Assistant U.S. Attorney Amarjeet Bhachu states in the government's response to his request. Schiro, he says, "is not deserving of a four-year reduction of sentence."

Schiro's attorney asks: "In this kind of case, is there room for compassion, now, for Mr. Schiro?"

One answer to that question comes from a daughter of Emil Vaci, the man who was murdered as Schiro acted as a lookout for the hit team.

In an affidavit filed by the government, Vaci's daughter Darleen Olson states: "We lost our Father 15 to 20 years too soon due to this crime. Paul Schiro had his life. My Father did not. We are the victims, not Paul Schiro because of his failing health and COVID-19. Paul Schiro needs to serve the maximum sentence he was given and not be granted early release due to underlying health issues, nor the COVID-19 pandemic."
Report a correction or typo
Related topics:
chicagoloopminnesotanorth carolinainmatesiteamcoronaviruscoronavirus outbreakcoronavirus pandemicu.s. & worldmobcovid 19 pandemiccovid 19 outbreakprisoncovid 19
Copyright © 2020 WLS-TV. All Rights Reserved.
ITEAM 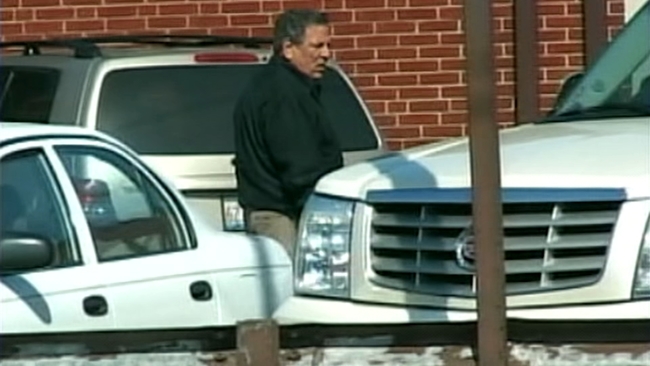 After Illinois attack by Russian hackers in 2016, feds spotlight state in 2020 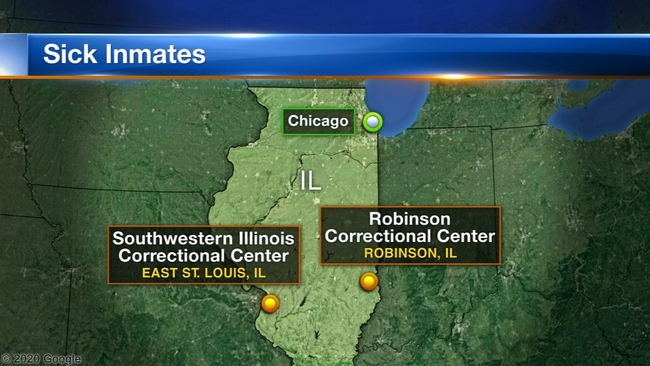