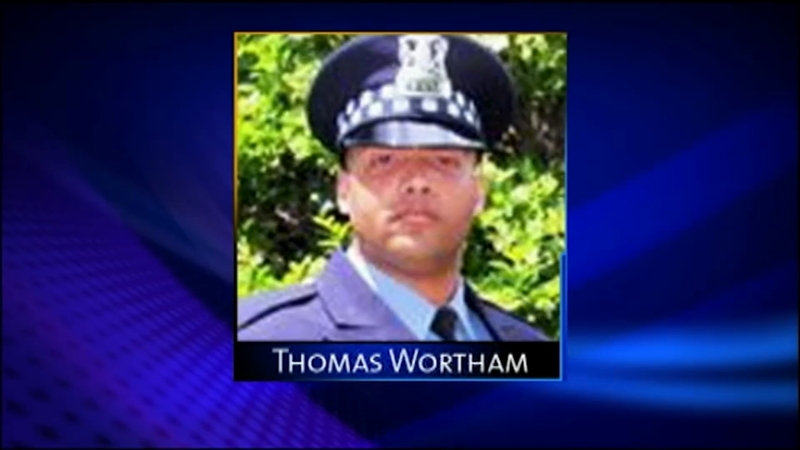 Marcus Floyd, one of three men convicted in Wortham's killing, is now undergoing a fitness trial. He claims that amnesia made him unfit when he stood trial back in 2015 for Wortham's shooting death.

"I'm sickened for my parents to have to come in here again almost 12 years after their son was murdered in front of their home," said Sandra Wortham, Wortham's sister.

Cook County prosecutors and attorneys for Marcus Floyd were in court Monday as jury selection began in a trial to determine if Floyd was mentally fit to stand trial.

In 2010, Wortham was shot and killed as four men tried to steal his motorcycle in front of his childhood home. Wortham's father, a retired officer, shot at the suspects. Floyd was injured and Floyd's cousin died.

Floyd and two others were convicted and sentenced to life for Wortham's murder. But an appellate court ruled there were problems with Floyd's fitness trial in 2015.

Floyd's attorney are expected to argue Floyd has amnesia as a result of his injuries.

"It's devastating," Sandra Wortham said. "It doesn't sit well with us at all. There's so much discussion about justice, but for my parents, I can't see how this is justice."