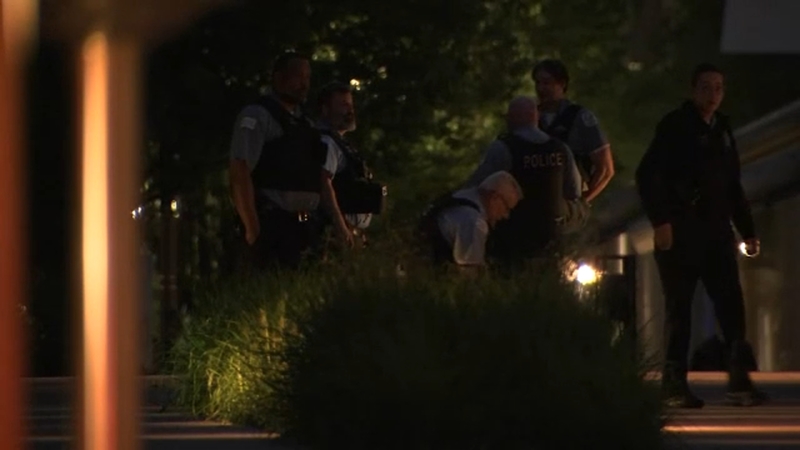 CHICAGO (WLS) -- The man shot in the buttocks by an off-duty Cook County Sheriff's Officer in Millennium Park Friday night has been charged with three felony counts of aggravated assault of a peace officer, among other charges, Chicago police said.

The officer shot 22-year-old Chicagoan Jordan Jackson while working security. Jackson was also charged with one count of possession of a firearm with a defaced serial number and two counts of unlawful use of a weapon, police said.

A CPD spokesman said the shooting is believed to have happened near an entrance to the park at Monroe and Columbus.

Police said Jackson refused to be wanded by security and was denied entry into the park. He hopped a fence, security approached him, and he produced a gun and fired, police said. There was an exchange of gunfire, during which Jackson was struck in the buttocks but fled the scene.

Officers chased Jackson on foot to the Riverwalk, where he was arrested and taken into custody, police said. He was taken to Northwestern Memorial Hospital for treatment.

Chicago fire officials said Jackson was in stable condition. Police said his injuries were not life-threatening.

CPD Marine Unit scuba divers recovered a weapon from the Chicago River in relation to the shooting, authorities said on Twitter Saturday.

The Cook County Sheriff's Office confirmed one of their deputies "working a secondary job as a security officer" was involved in the shooting, and referred all other questions to the Chicago Police Department.

The incident happened on the second night of new restrictions in Millennium Park, which require visitors under the age of 18 to be accompanied by someone older than 21 after 6 p.m. Thursdays through Sundays. All visitors are also being wanded and their bags are being screened.