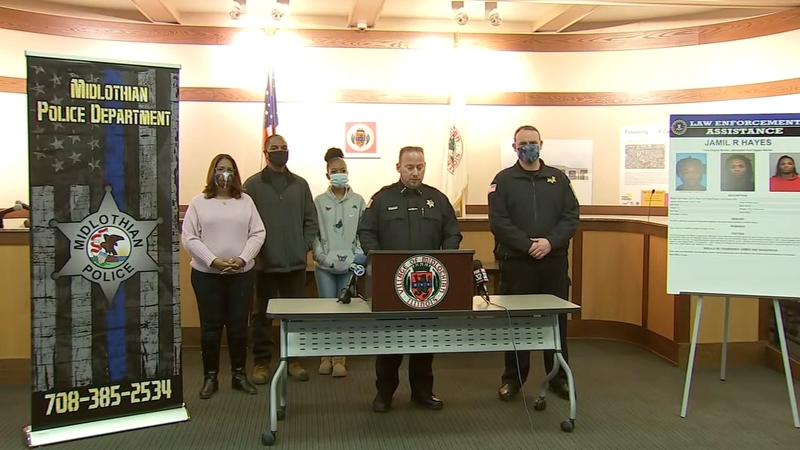 MIDLOTHIAN, Ill. (WLS) -- Midlothian police said Friday they have arrested the suspect in a double shooting that left a 19-year-old woman dead and another woman injured over Halloween weekend.

Morgan Brown, 19, of Lynwood, was killed and another woman was injured in a shooting outside SVN Bar just before 2:50 a.m. on Oct. 31, police said.

Midlothian police said Friday that 25-year-old Jamil Hayes, of Chicago, was taken into custody by the FBI Fugitive Task Force and Midlothian detectives.

Two people were shot, one fatally, outside a Midlothian bar early Sunday morning.

The FBI had offered a $1,000 reward for information leading to Hayes' arrest. Brown's family also offered up their own reward of $5,000. Her father addressed the media at a press conference alongside authorities in January.

"Morgan was a beautiful, happy and easygoing woman," David Brown said. "She had recently graduated from cosmetology school and was beginning her life dream as a hair stylist/entrepreneur. A parent's worst nightmare is to have to bury their child. We lost our daughter and her sister lost her best friend. We are reliving this nightmare every day."