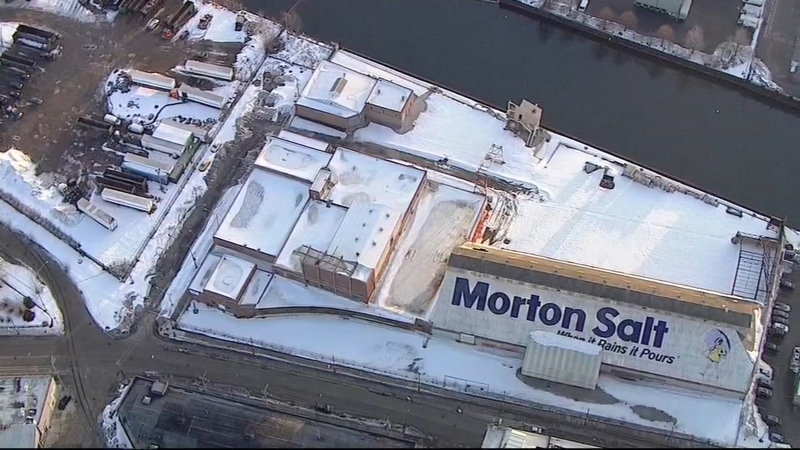 The $30 million project would create about 50 permanent jobs and is expected to generate $4.5 million in tax revenue annually.

Morton Salt planned to cease its packaging and warehousing operations at the Elston Avenue plant in October 2015, the company announced at the time.

Since then, the iconic sign has remained visible from the Kennedy Expressway.

A partial wall collapse at the Morton Salt factory dumped tons of salt on cars parked at the Acura dealership next door.

The facility was in operation since the 1920s.