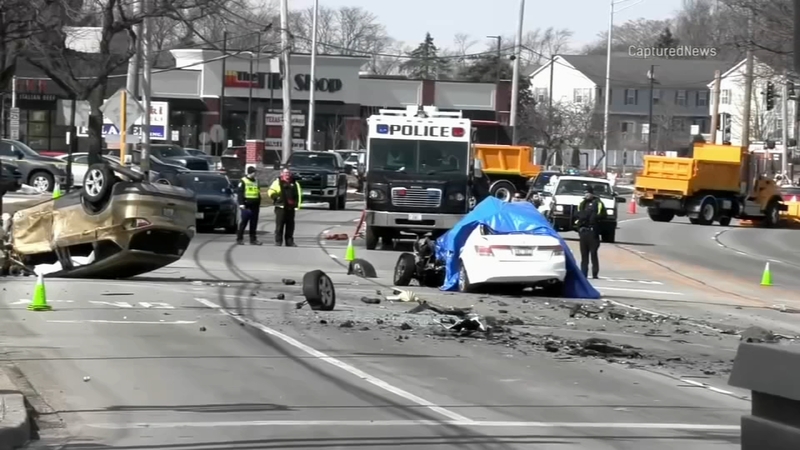 Garrett Kowalski is charged with reckless homicide, aggravated driving under the influence and possession of a controlled substance.

Police said Kowalski was under the influence when he crashed his car into a Honda Accord at Rand and Mount Prospect roads on March 7.

Francisco Rodriguez, Georgina Gomez and Francisco Perez were killed in that crash. The tight-knit Des Plaines family was running routine Sunday morning errands when they were tragically killed before making it to church.

Francisco Flores, his wife Georgina and their son Pancho were tragically killed during a routine errand run early Sunday morning.

The family is survived by their eldest daughter, who is now trying to raise money so she can bury her parents and brother in Mexico.

He ran the red light at Wolf Road and continued on Rand until he drove into the intersection of Mount Prospect Road, running the red light again and hitting the family's car, killing them instantly, police said.

Kowalski was driving about 108 mph at the time of the crash, police said.