John C. Andrews arrested in Chilton, WI; he was convicted of killing Starkie Swenson in 1994
By Monique Lopez and Scott Hurley, WLUK 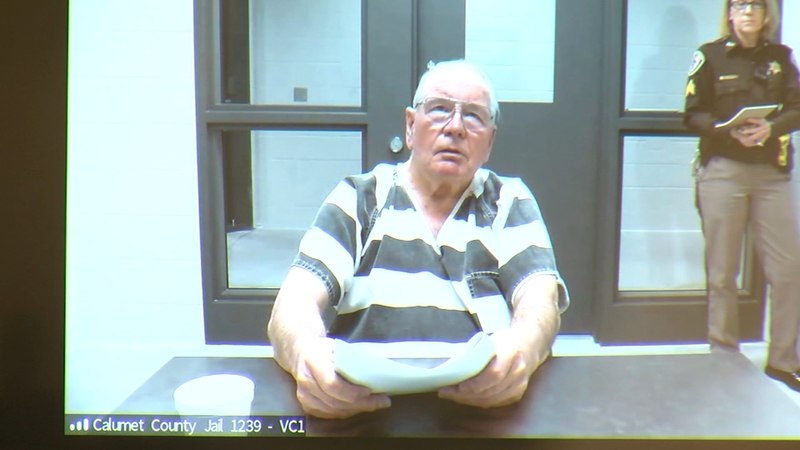 CHILTON, Wis. -- A Wisconsin man has been charged in a case where a victim's remains were found nearly four decades after a murder.

He faces charges for hiding a corpse.

Nearly three decades since being convicted of Starkie Swenson's murder, Andrews is being charged with another felony -- hiding a corpse.

Swenson's remains were found in September, and, at that time, forensic anthropologist Dr. Jordan Karsten, who excavated the remains, concluded the person was placed there either at the time of death or shortly after.

Andrews pleaded guilty in 1994 to homicide by negligent use of a motor vehicle in the death of 67-year-old Starkie Swenson, who went missing in 1983. Prosecutors say Swenson and Andrews were involved in a love triangle and that Andrews ran over Swenson.

However, the DA made it clear the charge isn't for moving a corpse.

"There's not an allegation that's in the criminal complaint about him moving the body. That simply is not something that we have evidence about, nor that we are charging him with," Haberman said. "The charges in the case are hiding a corpse, and part of the definition of hiding is keeping the location of the corpse unknown."

The charge stems from an interaction Andrews allegedly had with investigators in June of 2021.

According to the criminal complaint, he was asked to help locate Swenson and refused, stating that he's never seen or spoken to Swenson.

Swenson's remains were finally discovered in September of 2021 by two people hiking in High Cliff State Park, which is why the hiding of a corpse is said to have happened in that timeframe.

Still, the statute limitations would be brought up, yet again.

The district attorney didn't address the statute of limitations issue and said that would be argued at a later time.