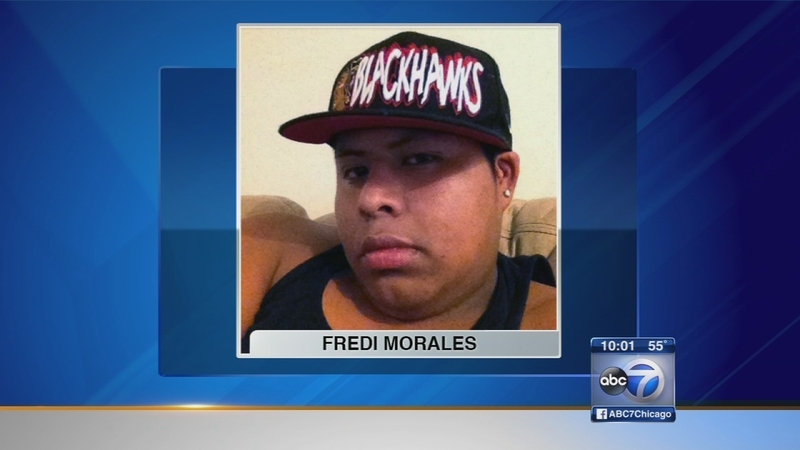 WHEELING, Ill. (WLS) -- A family is in mourning after their loved one is struck and killed by a squad car in Chicago's northwest suburbs.

The Wheeling Police officer was on duty at the time of the accident Sunday morning, where the victim died at the scene.

Family and friends are trying to comfort each other Sunday night, but they say it's incredibly difficult. Morales, 20, was a big part of the family.

"There's nothing that could explain how hurt we are, how much pain it is causing our family right now," said Yoseline Martinez, the victim's cousin.

Much of the family was together Saturday night at a gathering in Wheeling. Morales stayed the night and was leaving early Sunday morning when he was hit by a Wheeling police vehicle on McHenry Road.

Details are still in question. Investigators with the Lake County Major Accidents Team are working to determine exactly what happened. Relatives want answers.

"What police tell us is that he was just wandering and they didn't see him so that's when they hit him. But our family, we know it's not true, that's not the real story," said Martinez.

Neighbors Sunday night placed a candle at the site in memory of Morales. Debris from the collision remains scattered around the grass.

"I can't imagine what it's like to lose your baby," said neighbor Nancy Cortina.

His family says Morales, who was born here, recently lost his father. He was working to send money to support his mother in Mexico.

"Justice is going to have to be served because we lost an angel and we're not going to just let that go. We at least want to know what happened," Martinez said.

Morales's family said they are considering talking to an attorney.

The family said services are set for Tuesday, although they plan to ship his body back to Mexico for burial.