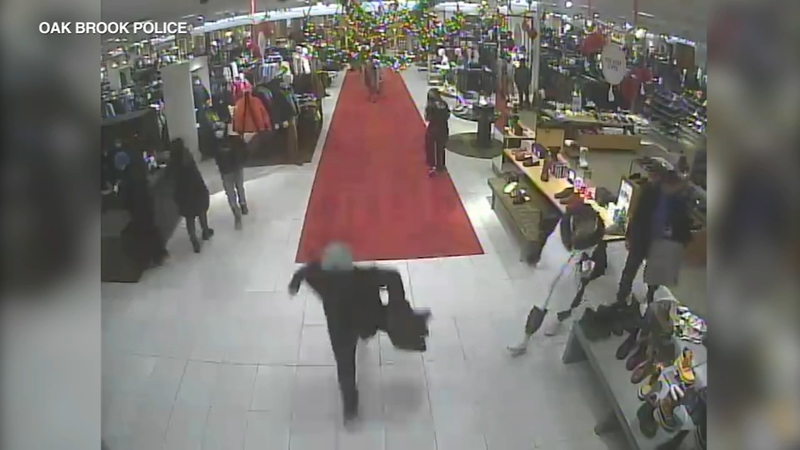 Oak Brook police said the Nordstrom was targeted by thieves twice on December 6. The first burglary occurred at 12:45 p.m. and the second around 7:05 p.m.

Surveillance video released by police shows the thieves taking their time stealing items, then running out of the store.

Last month, a group of 14 ransacked the Louis Vuitton store in Oak Brook. Police said they made off with $120,000 in merchandise.

"Once they entered the store, they pulled out the garbage bags from their coats and started filling them with merchandise," Oak Brook Police Chief James Kruger said.

Fourteen suspects drove away from the scene in three separate vehicles.