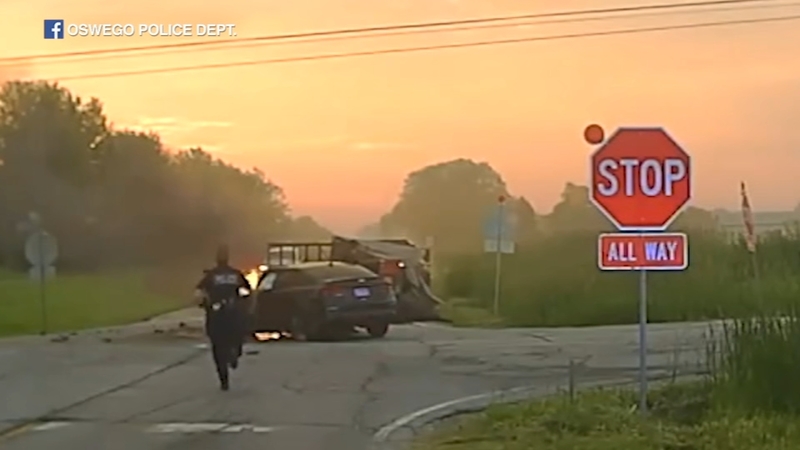 You can see the car's engine is on a fire, after a crash.

Officers Hayes and Vargas can be seen running toward the burning car before pulling the driver and passenger out.

They then worked to put out the flames.

No one else was hurt in the crash.

The driver was charged with DUI, among other offenses, Oswego police said.