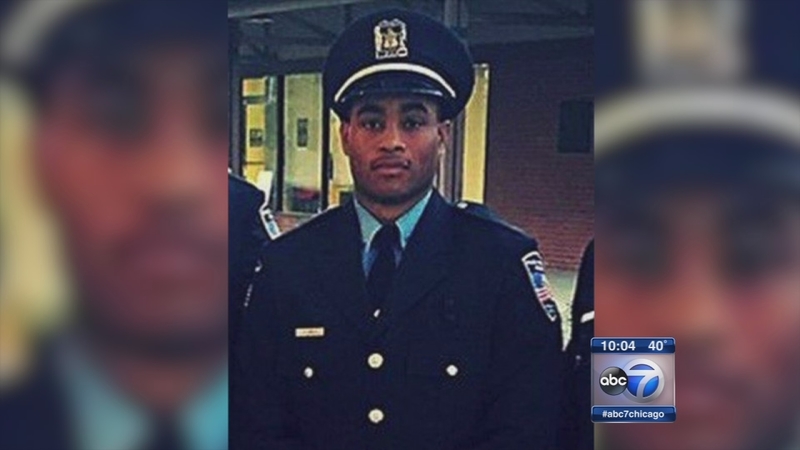 PARK FOREST, Ill. (WLS) -- There has been an outpouring of support for a south suburban police officer who was critically wounded on the job this weekend.

Officer Tim Jones was attempting to make an arrest Saturday when he was shot three times. He remains hospitalized in critical condition.

More than 100 people gathered at a vigil for Jones held Monday night at St. Irenaeus Church. The crowd applauded for dozens of police officers from across the south suburbs as they came together to pray for one of their own Monday night.

"I'm really not able to put into words what it means to have the community out here to support us," Park Forest Deputy Chief Christopher Mennino said.

"We come together in these times of need and I just want to be here for the family," said Nadania McKinney, a Park Forest resident.

Jones was responding to a reported a break-in at a vacant home this weekend when he got into a gun battle with a man who had been inside. Jones was shot three times three times in the jaw and neck.

Jones comes from a family of cops, and his father is the police chief in Country Club Hills.

As well-wishers signed cards and lit candles their thoughts were with Jones, who has been on the job less than a year and is now fighting for his life.

The 21-year-old man accused of shooting Jones was killed in the shootout. The investigation has been handed over to Illinois State Police.