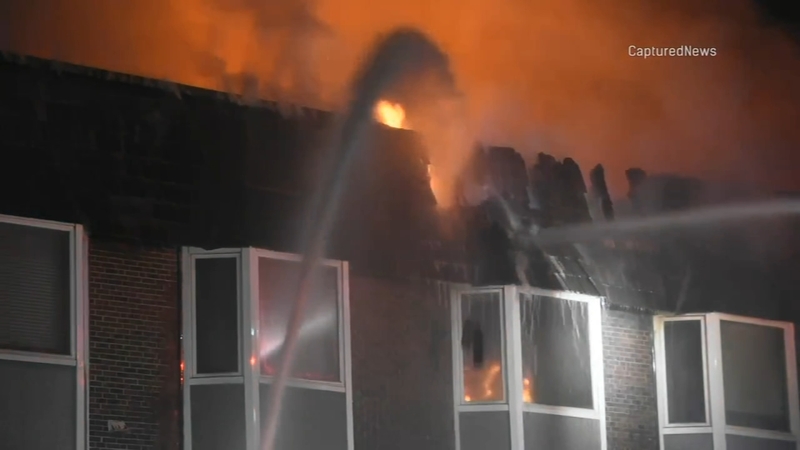 Four residents and one firefighter were hurt, and the building sustained significant damage.

Park Ridge fire officials said four people suffered smoke inhalation and had non-life threatening injuries.
At least one person remained in the hospital Wednesday morning, and his or her condition is unknown.

One firefighter was also taken to the hospital with a leg injury but has since been released.

As they were on the way, neighbors said there were some people trapped on the top floor, and large flames could be seen blowing out of a window in a top-floor unit.

One woman explained some of the chaos as she escaped.
"I opened the door, and I saw tons and tons of smoke. I didn't have my phone; I just grabbed my son in my arms," she said.

Early Wednesday, crews were still making sure all the hotspots were taken care of, especially on that top floor.

All residents living in the 36-unit building were displaced because of the fire, and the Red Cross is helping them out.

The cause of the fire is believed to be accidental.

About 20 fire department responded to battle the blaze.